Happy Friday! Today I have the pleasure of hosting Debut Author Leigh Evans on the Blog! Her book “The Trouble with Fate” is a Adult/New Adult Paranormal Urban Fantasy Series, which is super funny and awesome!

I’ll got the chance to interview her (she’s super awesome and funny) and later on I’ll have a Giveaway for you!

Me: Thank you so much for taking your time to answer some of my questions Leigh!  So, welcome to the Bewitched Bookworms. I’m excited to be chatting with you!

“The Trouble with Fate” is your Debut Novel, so I can imagine this is an amazing time right now for you?

Leigh: I’ve been sitting behind the stage curtains for the past two years, writing the first three books in the Mystwalker series. Suddenly, the drapes have parted, and here I am, goggled-eyed, clutching my keyboard, alternately thrilled and terrified.

Leigh:No, you just have to be creative with time management. Here’s a tip: the solution to laundry is to buy more underwear.

Explain “The Trouble With Fate” with 4 words:

I admit, Urban Fantasy or Paranormal Romance (seriously, I always have problems to distinguish those genres, so feel free to jump in here..) is one of my favorite genres. Why did you decide to write about Faeries and Werewolves and Paranormals?

Leigh: You’re not the only one: I thought I wrote an urban fantasy but have since learned that I wrote a paranormal. Who knew?

Why did I write about the supernatural?

I kept getting glimpses of Hedi. She lived outside of society. She’d never been kissed. She’d  been taken out of school too young. She’d formed her life expectations based on the books she boosted from a blind bookseller.

Never been kissed? What was she—a fairy princess?

That’s the day I became an urban fantasy writer. Which was fun, because then I was free to create the perfect counterpoint for my sassy heroine. Enter Robson Trowbridge, six feet of too-pretty-for-words. Rogue Werewolf. Smart ass. Long curly dark hair. Brilliant blue eyes.

One of the aspects I loved most about The Trouble With Fate was that Hedi was not the usual way-too-perfect heroine! I felt like I could  connect with her much better since you described her as a “normal” girl! Well, apart from her supernormal powers and heritage of course:)

Was it a conscious decision to make readers easier to connect to Hedi?

Leigh: Very deliberate. They tell you to write what you know. Well, when I was twenty-two I felt like the ugly duckling—clumsy and graceless in a world full of swans. Also, I definitely felt at least two steps behind my peers. Everyone else seemed to know what they wanted to do with their lives. Everyone else had a plan.

Where was my plan?

That’s why my heroine is neither kick-ass or beautiful. And the reason Hedi has the niggling thought that she might be a bit of a loser. Don’t get me wrong: Hedi Peacock hides it well. She’s full of snark. She takes whatever Trowbridge throws her way and spins it back at him. But inside? She’s hiding the fact that she hasn’t got a clue.

Fortunately, my publishers have given me a contract for three more books. And as it happens, I love reading stories about a hero’s journey.

That’s another thing they tell you: write what you like to read.

The most unique aspect of The Trouble With Fate was most definitely Merry! Oh how I loved Merry! How did you came up with this special idea to create an amulet with personality?

Leigh: Merry came on early in the game. Hedi needed an ever-present sidekick. Someone who wouldn’t try to work some common sense into a character who was prone to rash actions.  A friend who’d just listen. Stolidly, like a rock.

Hedi and her pet-rock? No, I could improve on that. How about making her sidekick a person from the Fae realm who’d been enchanted—shrunk down to the size of rice kernel—and imprisoned in a hunk of amber? Then set that semi-precious stone into a pendant fashioned from Fae-wrought gold? Okay, what if the gold could change shape at the Fae’s will? And what if this being—this doomed, cursed girl named Merry—had an attitude that wouldn’t stop?

That’s how Merry was born. But as is the case in real life, Merry grew. And grew. She’s got a back story. She’s got fire in her gut, and a will to survive.

Sometimes, I have to tell her, “Merry, this is Hedi’s story. If you behave, one day I’ll write your story.”

Come to think of it, that would be a damn fine story.

And finally, Leigh which is the paranormal creature/species you love most?

Leigh: Mine. Give me a girl who’s neither Fae, nor wolf, but something in between.

Give me smoking hot Werewolf with a secret sorrow. Give me a vividly alive personality imprisoned in an amulet. Give me a nine-tenths batty Fae aunt.

Sue me. I live in Hedi’s world for most of my day and I’ve grown partial to it.

Thank you so much for taking your time! And I’m looking forward to the next book in your fantastic new series! 🙂

I was born in Montreal, Quebec but now live in Southern Ontario with my husband. I’ve raised two kids, mothered three dogs, and herded a few cats. Other than that, my life was fairly routine until I hit the age of 50. Some women get tattoos. I decided to write a book. A little tardy, but then again, Mum always said I was a late bloomer.

About The Trouble with Fate My name is Hedi Peacock and I have a secret. I’m not human, and I have the pointy Fae ears and Were inner-bitch to prove it. As fairy tales go, my childhood was damn near perfect, all fur and magic until a werewolf killed my father and the Fae executed my mother. I’ve never forgiven either side. Especially Robson Trowbridge. He was a part-time werewolf, a full-time bastard, and the first and only boy I ever loved. That is, until he became the prime suspect in my father’s death…

Today I’m a half-breed barista working at a fancy coffee house, living with my loopy Aunt Lou and a temperamental amulet named Merry, and wondering where in the world I’m going in life. A pretty normal existence, considering. But when a pack of Weres decides to kidnap my aunt and force me to steal another amulet, the only one who can help me is the last person I ever thought I’d turn to: Robson Trowbridge. And he’s as annoyingly beautiful as I remember. That’s the trouble with fate: Sometimes it barks. Other times it bites. And the rest of the time it just breaks your heart. Again…

Seriously, I had tons of fun reading this book!!! Any fans of the Paranormal will enjoy this new series!! And thanks to the awesome people at Astral Road Media, we can give away one copy of A Trouble with Fate to one lucky winner!!!!

Note: Giveaway is US only and finished copy will be send as soon as it’s available!

And now, I wish you good luck and a happy Friday!!

Enter the Rafflecopter to win: 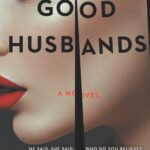 Pre-Squee about… Between Us and the Moon by Rebecca Maizel
Review : Possession by Elana Johnson

29 Responses to “Author Spotlight: The Trouble with Fate by Leigh Evans – & Giveaway!”