by C.C. Hunter
Book 4 in the Shadow Falls series
Genre: YA Paranormal
Expected publication: October 2nd 2012 by St. Martin’s Griffin
Copy from author
Get your own: amazon | BookDepository
Rating:

Whispers at Moonrise by C.C. Hunter  on goodreads:

Shadow Falls Camp is back in session with the most explosive installment yet.  A shocking new threat will rock Shadow Falls—changing it forever and altering Kylie’s journey in ways she never imagined.

Even at a camp for supernatural teens, Kylie Galen has never been normal. Not only can she see ghosts, but she doesn’t seem to belong to any one species—she exhibits traits from them all. As Kylie struggles to unlock the secrets of her identity, she begins to worry that Lucas will never be able to accept her for what she is, and what she isn’t…a werewolf.  With his pack standing in their way, Kylie finds herself turning more and more to Derek, the only person in her life who’s willing to accept the impossible.

As if life isn’t hard enough, she starts getting visits from the ghost of Holiday, her closest confidante.  Trouble is, Holiday isn’t dead…not yet anyway.  Now Kylie must race to save one of her own from an unseen danger before it’s too late—all while trying to stop her relationship with Lucas from slipping away forever.   In a world of constant confusion, there’s only one thing Kylie knows for sure.  Change is inevitable and all things must come to an end…maybe even her time at Shadow Falls.

I have been a big fan of this series ever since the first book  “Born At Midnight” came out. Needless to say I was excited to read this 4th book in this phenomenal series! I will keep my Review Spoiler free, so that people who have not read the previous book can get finally hooked too…

What is Kylie – and who does she wants to be…

The whole series centers around the mystery that is Kylie. Clearly, she’s supernatural but no one can say who and what she really is. We follow Kylie on her mysterious path of self-discovery and I loved every minute of this. In every book we come closer, little details are revealed yet we are still left with enough questions to eagerly read on. In Whispers at Moonrise we Kylie makes a big step on her journey and we feel closer to the hidden truth than ever before. But, this wouldn’t be Shadow Falls if there weren’t still many more questions open and mysteries to be solved.

One of the most beautiful aspects for this series is the deep family bonds and friendship  that are formed throughout this series. And, family does not only mean by blood. Friends stand up and take care for each other. I especially love the deep connection Kylie formed with the Fey Camp Leader Holiday! They have a beautiful relationship this just goes deeper and deeper with each installement! But, the book would be nothing without Kylie’s best friends the Witch and the Vampire! They are always up for a good laughter and some serious and funny banter!

*sigh* There are two boys in Kylie’s life. The hot and possessive werewolf Lucas and the sexy and wonderful Derek! And even though I am not a fan of Love Triangles  I love this one here! It feels right and real! Kylie just has a hard time seeing who is right for her. And just like Kylie I have been switching Teams every book! I love both boys and when I think Lucas is best for her, Derek comes back and does something swoon worthy! And, same happens in Whisper At Moonrise! Be prepared for some series heartbreak my friends!!!

Whispers at Moonrise by C.C. Hunter is the perfect next installment of my favorite paranormal YA series “Shadow Falls” . It comes with full of action, love, friendship and new mysteries to be solved! The ending left my heartbroken and excited for the next book “Chosen At Midnight! 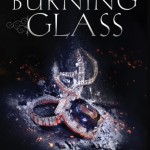 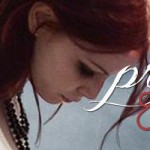 14 Responses to “Whispers at Moonrise by CC Hunter – Review”