Hi, everyone! Yeah, I know it’s not really that cold yet, and I’m doomed for the upcoming winter and the real cold coming our way in Chicago. But I have some great books to keep my mind off the freezing cold temperature my work thinks our lab should be kept at year round, so I can’t get warm until I’m snuggled under my electric blanket at home. (All links for books and authors are to Goodreads, descriptions are from Amazon, click the book covers to go to the Amazon.com page for the book)

First up, I got an audiobook from Hachette for review: Breed by Chase Novak (pseudonym for Scott Spencer). This promises to be a chilling book to listen to, and it’s just in time for Halloween! With the mysterious medical procedure that has some horrible side effects, I can’t wait to see what kind of monsters dwell in this New York setting.

I won a signed copy of Darynda Jones’ Second Grave on the Left and some swag for participating in the read along that Danny and I did a few months back. Charley Davidson, Grim Reaper Extraordinaire, is back in this sexy, suspenseful novel of supernatural shenanigans

When Charley is rudely awakened in the middle of the night by her best friend who tells her to get dressed quickly and tosses clothes out of the closet at her, she can’t help but wonder what Cookie’s up to. Leather scrunch boots with a floral miniskirt? Together? Seriously? Cookie explains that a friend of hers named Mimi disappeared five days earlier and that she just got a text from her setting up a meet at a coffee shop downtown. They show up at the coffee shop, but no Mimi. But Charley finds a message on the bathroom wall. Mimi left a clue, a woman’s name. Mimi’s husband explains that his wife had been acting strange since she found out an old friend of hers from high school had been found murdered a couple weeks prior. The same woman Mimi had named in her message.

Meanwhile, Reyes Alexander Farrow (otherwise known as the Son of Satan. Yes. Literally) has left his corporeal body and is haunting Charley. He’s left his body because he’s being tortured by demons who want to lure Charley closer. But Reyes can’t let that happen. Because if the demons get to Charley, they’ll have a portal to heaven. And if they have a portal to heaven…well, let’s just say it wouldn’t be pretty. Can Charley handle hot nights with Reyes and even hotter days tracking down a missing woman? Will Cookie ever get a true fashion sense? And is there enough coffee and chocolate in the world to fuel them as they do?

Here is your signpost for the most hilarious read of the summer: Second Grave On The Left.

I loved First Grave on the Right. The humor, the angsty story between Charley and Reyes, Charley’s relationship with her uncle and father–everything was just perfect. I can’t wait to see what happens in the second installment.

JL Bryan sent me an ARC of Jenny Plague-Bringer, the fourth book in the Paranormals series. Let’s just say I was super excited when this showed up in my email last week. And when I opened it up on my Kindle Fire and read the acknowledgements to see me, Pushy, and Danny listed first as the book bloggers he thanked? Yeah, that brought an even bigger smile to my face. Jeff Bryan is a great writer, but also world-class guy. Seriously, if you haven’t read this series yet, what’s stopping you. Buy it because it is awesome. The first book is free, by the way, on Amazon and several other sites.

I bought The Home by Scott Nicholson when it was released on Kindle and on sale. From a #1 Kindle bestselling author, in development as a feature film.

“Like Stephen King, he has an eye and ear for the rhythms of rural America, and like King he knows how to summon serious scares. My advice? Buy everything he writes.”– Bentley Little, The Haunting

When twelve-year-old Freeman Mills arrives at Wendover, a group home for troubled children, it’s a chance for a fresh start. But second chances aren’t easy for Freeman, the victim of painful childhood experiments that gave him the ability to read other people’s minds.

At Wendover, Freeman and the other children are subjected to more secret experiments, organized by a shadowy organization called The Trust. But the experiments do more than open up clairvoyant powers–the electromagnetic fields used in the experiments are summoning the ghosts of the patients who died at Wendover back when it was a psychiatric ward.

Now a new scientist has been brought into the project, an unstable and cruel pioneer in ESP studies who performed most of his work on a very special subject: his son, Freeman Mills.

Scott Nicholson writes really great, super creepy and twisty novels. I’m sure this one will be no exception!

What’s in your mailbox this week? Are you reading anything special with Halloween coming up? 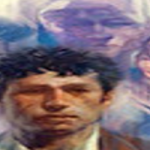