Vlad Tepesh inspired the greatest vampire legend of all—but whatever you do, don’t call him Dracula. Vlad’s ability to control fire makes him one of the most feared vampires in existence, but his enemies have found a new weapon against him—a beautiful mortal with powers to match his own. When Vlad and Leila meet, however, passion ignites between them, threatening to consume them both. It will take everything that they are to stop an enemy intent on bringing them down in flames

I’ve been a big fan of Jeaniene Frost’s Night Huntress series since the first book came out in 2007, and I was so excited when I heard the announcement that my favorite secondary character was getting his own series. This book is definitely more urban fantasy than paranormal romance, continuing the trend that the Night Huntress series has taken over the last few books. And I think that if you go into this one expecting things to be lighter on the romance and heavier on the fighting and plotting, the book is that much more enjoyable from the start.

Leila is a traveling carnival  performer who was scarred after she touched a live power line in her yard after a storm when she was younger. She subsequently developed the ability to harness electrical energy but can’t touch anyone without electrocuting them and getting glimpses of their past, present, and future with a touch of her right hand. She can also pull impressions from objects. After running into someone and very publicly preventing a murder, she is kidnapped by vampires who want to use her unique abilities against their number one enemy–Vlad. Forced to make a connection to spy on this mysteriously powerful vampire, Leila is surprised when Vlad knows that she has infiltrated his mind and the connection goes both directions since he can read minds. She decides to ask for his help, and their partnership in finding who is trying to use Leila to get to Vlad is off and running.

While this book was highly enjoyable, I couldn’t help but yearn for the entire text from Vlad’s point of view instead of Leila’s. I wanted to get deep inside of his head–no matter how dark and sinister it is in there. The book was told from Leila’s first person point of view, and while Vlad can freely roam through her thoughts due to his vampire mind-reading abilities, she doesn’t have the same abilities unless she’s using her gift when in a trance. And this leaves her at a severe disadvantage when it comes to dealing with Vlad and their burgeoning relationship–both professional and personal.

Vlad as a character is the same brutally protective, loyal, fear-instilling, and violent master vampire from the Night Huntress series. But one thing that you don’t see much of that I really missed was the humor that he showed when he interacted with the main character in that series, Cat. Leila was a very inexperienced woman, both at relationships, many life experiences, and dealing with her extra abilities. But througout the book, she really grew into her own out of necessity and with Vlad and her friends’ help.

I give this one a four out of five. While I look forward to book two in this series with bated breath, I think this one was great but it could have been a better and I had high expectations for the first book featuring my favorite vampire from the Night Huntress series. The pacing was a bit slow in points, and telling the story from Leila’s point of view left the reader out of so much of Vlad’s story. And I really think that this should be just as much Vlad’s story as it is Leila’s. But this book had so much of classic Jeaniene Frost from the first books in the Night Huntress series that you come to expect: brilliant plotting, deft, physical fight scenes, the characters are put through the ringer both physically and emotionally, and the secondary characters are vibrantly fleshed out. Promising start to a new series! 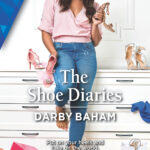 20 Responses to “Review: Once Burned by Jeaniene Frost”