Today, I am super excited to host Patty Blount on her Blog Tour for SEND ,also at the end is a giveaway of this fantastic book for you! SEND was a touching and powerful story  and I am thrilled to share my thoughts with you! by Patty Blount
Genre: YA Contemporary
Publication: August 1st 2012 by Sourcebooks Fire
Copy from publisher
Get your own: amazon | BookDepository
Rating:

Send by Patty Blount on goodreads:

To keep his secrets, all he has to do is listen to the voice in his head and just walk away…
On his first day at his new high school, Dan stops a bully from beating up a kid half his size. He didn’t want to get involved. All he wants out of his senior year is to fly under the radar. But Dan knows what it’s like to be terrorized by a bully-he used to be one. Now the whole school thinks he’s some kind of hero, except Julie Murphy, the prettiest girl on campus. She looks at him like she knows he has a secret. Like she knows his name isn’t really Daniel.

SEND comes with a heavy promise of a heartbreaking story about a serious topic. Especially, since this SEND is told from a “bully’s” POV, something I was eager to explore…

Dan – bully, Juvie – but he’s not what you expected!

Dan was such a conflicting character, but he made easily his way into my heart and I was feeling all kinds of emotions for him. Anger, Sadness, Pity and I actually felt sorry for him…  Dan did something wrong – something that went from bad to worse and now he has to live with the consequences.  Being in jail with 14 changed him and broke him, so his family tried to give him a new life by changing town and school. Here, he tries to start fresh, stay away from all kinds of trouble and finally have his own life back without judgment from the past. Easier sad than done. His actions haunt him, and even worse his time in jail nearly broke him and still haunts him. So very often I wanted to hug him and tell him all will be good that he just needs to get going!

One of my favorite parts about the story was the way his family believed in him and loved him. It still brings tears in my eyes, just thinking about the tneder way her parents treated their son! Not ever did they refuse to let their son go, they would do anything to get him back on track, to get his life back to push away his ghosts ! This unbelievable loving and caring relationship was a wonderment in this sad and dark story!

The way the author dealt with bullying was new, telling the story from “the other side” was something that worked perfectly here, as it shows how easily you can destroy a life with a careless action. But in return, what does this do to the bully? I was compelled by this strong story and troubled characters. This story would have easily have a full 5 star rating from me if it wasn’t for two things. 1. Dan is hearing voices from his former self – the one before going to jail, being bullies himself and treated with malice. I could have done without this psychological aspect and actually think the story would have worked even better! 2. The End. The ending, although perfectly fine and genuine was not was I was hoping for. And this made me sad…

SEND was a touching and powerful book addressing significant topics like bullying. But moreover, it’s a story about forgiving. Forgiveness not only for a kid that did something terribly wrong, but also about forgiving yourself! I was touched by the rawness of the story and the wonderful and beautiful family dynamics!

Stay or Go? by Patty Blout

Things change. For some of these changes, we’ll camp out and line up a day in advance just for the chance to say we got it (iPhone, anybody?). And others die a lonely little death and we hardly notice. Here’s my list of the things that should stay and the things I wish would just go. And now, onto the Giveaway! Thanks to Sourcebooks, I have one copy for you !
Simply fill out the Rafflecopter below, US/CAN only.
Much Love, 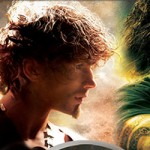 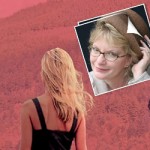 « Waiting on Wednesday – The Collector by Victoria Scott
Review: The Flint Heart by Katherine Paterson and John Paterson »