Happy Saturday! When I saw the announcement on Heidi (Rainy Day Ramblings ) Blog about the Firt Grave on the Right Read-Along I knew I had to join.

I always wanted to read this book an start this series, so here was the chance to finally get this going. And since I was damn sure Heather would also love this book I asked her to join me! Yep!

So here we are! Our Thoughts on the first 5 chapters!

Since, we didn’t reviewed the book before, we decided to share our thoughts on the book – a kind of mini review.

What I first thought about those chapters was : OMG this is going to be so much fun! Darynda Jones’ humor is incredible and I was laughing out loud already after reading the first few pages. Charley Davidson is the Grim Reaper and she can see Ghosts. Often, she helps her uncle solve some crimes. Charley is incredibly snarky and I looooooove and adore her!

Then, there is the promise of two love interests, about both we still have not a real clue. First there is Reyes – but, we haven’t met him but I have a feeling he will be important and… he’s supposed to be hot.

Then there is the PI, who is kind of annoying but in a sexy kind of way and he clearly showed interest in Charley! I am looking to forward reading the next set of chapters!

Heather’s impressions— After finishing up the first five chapters, I thought that Charley Davidson is my kind of gal–snarky, doesn’t take anyone’s crap, and knows her place in the world. I was hooked and laughing after reading the first page, and Danny has summed everything up pretty well. Three lawyers have been murdered in one night, and Charley’s uncle calls her in to one of the crime scenes to lend him her “expertise.” Of course this doesn’t go over so well with the private investigator who is way too suspicious and smoking hot for his own good, but can she prove that she has the ghost seeing and grim reaping abilities that she claims to have?

1.  We meet some of Charley’s ghostly “buddies,” do you believe you have ever had a ghostly encounter?

Danny: Uhm.. No. Not even close and I read a lot of paranormal stories so I would think of myself being open minded. But, if I ever meet one, I’ll let you know.. How about you Heather?

Heather: I’ve seen a few things in my life that have made me wonder what I’d experienced. In the house I lived in when I was in grade school, a white mist floated across my room in the middle of the night, all while no cars were driving past and no lights were on. The house was built in the early 1900s, so who knows? Nothing else odd ever happened there, but I’m open minded. I’ve also had a few dreams of relatives of them saying goodbye to me a few hours before they passed away.

2.  Charley named her jeep Misery.  Have  you ever named your vehicles?  What did you name them?

Danny: Nope, they do not have a name. But just recently I got a new BMW in white and I love this car so much. Oh and it’s not plain white – it’s Mac White , because the first thing I did when I got the car was getting a white apple sticker on it. Actually, I am looking for a great name so I’m open for suggestions! I also love Charley’s name for her car: Misery!

Heather: I’ve only had one car that had a nickname, and it was a ’79 Pontiac Sunbird that was such a piece of crap when I had it back in 1992 that we called it the Sunturd. True story, I knew when to add oil to the engine because it burned it so quick that it started to tick. Gotta love crappy high school cars. My husband still shakes his head if I mention anything about never checking the oil since he’s an automotive technician.

3.   Charley says her name “…brooks no opposition. It takes shit from no one.”  What do you think your name says about you to strangers?  Is there a different name that you think would suit you better?

Danny: I never thought about this, but my “real” name is Daniela and, there is no one who calls me like this. Never. I tell everyone to say Danny to me because that’s “me”. Even more, normally the short for Daniela would be Dani, which is pronounced differently, but somehow Danny stuck to me. Also, I admit here and now, that when I was a young Teen I thought it was much cooler to write Danny than Dani… So what does that tell you about me?

Heather: LOL, Danny! At least your name can be shortened. Sigh–Heather can’t be shortened, and it doesn’t rhyme with anything cool–just things that are suggestive like leather, feather, etc.

4. Charley says her best friend Cookie is “like Kramer from Seinfeld, only not so nervous, like Kramer might have been on Prozac.”  Give us your best description of your best friend.  How would they would describe you?

Me about Me : Loyal – emotional – stubborn
Me about Heather: smart – snarky –  laid back
Heather:
Me about Me: Exactly how Danny described me–super laid back, super snarky, smart (they don’t hand out PhDs in Analytical Chemistry like leaflets for campus parties, LOL), and duh, super long winded when it comes to everything verbal and written! (and I obviously say super a lot)
Me about Danny: Perfectionist, wears her heart on her sleeve, super smart too (same thing about PhD applies, although hers is in Biology), super organized and driven, hard working and very dedicated!
5.  Garrett is reluctant to believe in Charley’s abilities, how would you react if a friend divulged to you that they can see and speak with the dead?

Danny: I would ask if he already talked to a therapist. Of course, I wouldn’t believe him/her first .. But then, seeing what I read I might be more open minded and would try to believe him. Actually, I would react similar to Garrett here. I found his reaction to be highly real and genuine. Of course, one would be skeptical!

Heather: I’m a scientist first and foremost, so I’d ask them to prove it to me. But I’m a snarky smart ass too, so I’d make fun of them while they did it 😉

So check out Christy’s Love of Book who is this weeks Tour Host! and… it’s not too late to join!

Have a wonderful Saturday, 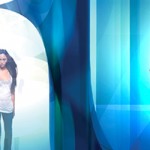 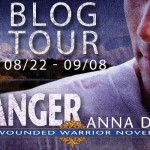 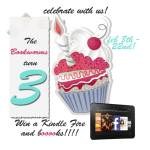