Today I’m super excited to welcome Shannon Delany at the Bewitched Bookworms. She’s the incredible author of the highly successful 13 to Life series. The 4th book in the series “Destiny and Deception” came out on Tuesday! (Happy Release Day) 13 to Life is a series that grabbed me from the beginning and it’s one of those series that grew stronger over time!

Since we are getting closer to the end of the series, I’m more than excited to got the chance to ask Shannon Delany some questions, and… she answered them so thoroughly I was amazed”

Hi Shannon,
Thank you so much for stopping by at the Bewitched Bookworms today to answer some of my burning questions! I truly love your series, which means something since I’m usually not a werewolf fan. But, who can resist Pietr?

Would you mind telling us a little about the very unusual way you got the 13 to Life series published?

Shannon Delany: Gladly! My path to publication truly proves what my brother has said many times, “If you have a great story it will get published.” I’d been hearing from aspiring authors everywhere that it was impossible to get published or to find an agent. The economy wasn’t great, the market was flooded—all the worst things to listen to. And then, as I was working as a freelancer, the notice of this online writing competition popped up.

It was a contest for writing a cell phone novel. I investigated (cell phone novels were wildly popular in Asia) but I didn’t like the contract the winner would be pushed to sign. So, instead of just blowing the whole thing off, I hopped over to my blog and spouted off about why I wouldn’t be entering this particular contest.

I was in the process of moving and didn’t check my blog until a bit later and saw that the contest’s owner had come on and asked for my input regarding how to make the contract fairer to the winning author. I helped rewrite the contract so the author retained more rights and then decided I could enter after all.

I was warned then. My husband said, “Don’t enter anything that you’ve really invested your time in,” and my critique partner at the time said, “Don’t do it—this will ruin you!” Being stubborn, I did it. But I built the story online and very much by the seat of my pants. I integrated polls so readers following along could give input and I wrote certain bits to reflect their desires.

I wrote a new serial segment every morning and afternoon. And the story grew from November 24 when i finally got around to entering to the contest’s deadline of December 31.

I won. It surprised the heck out of me—I thought I had just been playing! A press release went out about the win and before I knew it my original agent (part of my winnings) had been contacted by one of the Big 6 and I was talking to a movie producer. Another publisher (also Big 6) showed interest and I went with St. Martin’s Press. They’ve been wonderful to me.

Are werewolves something that always fascinated you? Or why did you choose to write a story (mostly) about werewolves?

Shannon Delany: I’ve always loved wolves and the idea of the inevitability of change, transformation and evolution. It’s said that if you don’t change, you die. It’s also considered to be true that humans are the most able of all species to change and adapt (and yet, frequently, the least willing). Since I’ve always related well to teens (having taught middle school) my mind combined my love of wolves, my fascination with personal transformation and the teen years (when lots of transformation and discovery happens) and—BOOM—werewolves! I never expected my debut series would be about werewolves.

You write your stories always from different points of view, is it hard to switch between the characters? And, do you write one storyline from one POV first or do you switch back and forth?

Shannon Delany: 13 to Life was easiest to write because it was only Jessie’s POV—only one head to get into. But I loved discovering Alexi when I began writing from his POV—he’s very cynical (and has every reason to be) and he has a much different outlook on the world, although both he and Jessie are totally willing to make dramatic sacrifices for the good of others. They’re both walking the line between hero and martyr.

I roughly timeline or plot out the story and then I think about through whose eyes which parts are most powerfully viewed. That’s how I decide whose voice to use when. Looking back, I might change a couple things now (but all authors seem to go through that).

Which book of the series was the hardest to write? Why?

Shannon Delany: The last two books were the hardest to write. It was like seeing the light at the end of the series’ tunnel and then realizing I’d gotten to know the tunnel really well. It had become comfortable, you know? I realized I was putting my werewolves and related characters to bed (at least for a while) and mentally I put the brakes on. I fought my way through D&D and R&R because of that.

In August the last and final book of the 13 to Life series comes out.  How do you feel about finishing the story? Ready to move on, or sad that it’s over?

Shannon Delany: I feel good about the impending release of Rivals and Retributions in August now. I think my characters are in a decent spot (those that survived…) and I am definitely ready to move on to something completely different. Something revolutionary.

And finally… are there any plans to write another awesome series after you finished 13 to Life?

Shannon Delany: I can’t give details, but I can say YES. Most definitely, YES. And my fans won’t have to wait much longer than the publishing schedule St. Martin’s Press set up for the 13 to Life series. If your readers find me on Facebook they’ll start seeing hints about the something I’m not quite allowed to talk about. Yet.

Thank you so much, Danny!

Thank you so much for chatting with me today.  It was my pleasure to get the chance to interview you!

Shannon Delany has written stories since she was a child. She began writing in earnest when her grandmother fell unexpectedly ill during a family vacation. In 2008 her greatly abbreviated version of 13 to Life (written in just five weeks) won the grand prize in the first-ever cell phone novel contest in the western world throughTextnovel.com .

Shannon was thrilled when St. Martin’s Press offered her a contract for a series about her 13 to Life characters. She expanded on the cell phone novel version, adding the subplots and characters she didn’t have time to during the contest. As paranormal as werewolves seem, the grief Shannon used to build Jess’s character is something she personally experienced with the loss of her own mother. Focusing on Jess and Pietr’s story of loss, love and dramatic and dangerous changes, Shannon came to better grips with her own struggle. The resulting novel has earned her blurbs from authors she respects most.

Previously a teacher and now a farmer raising heritage livestock, Shannon lives and writes in Upstate New York and enjoys traveling to talk to people about most anything

More about the books and the series:

Find the series on goodreads and my reviews:

13 to Life synopsis to get started!

Something strange is stalking the small town of Junction…

When junior Jess Gillmansen gets called out of class by Guidance, she can only presume it’s for one of two reasons. Either they’ve finally figured out who wrote the scathing anti-jock editorial in the school newspaper or they’re hosting yet another intervention for her about her mom. Although far from expecting it, she’s relieved to discover Guidance just wants her to show a new student around—but he comes with issues of his own including a police escort.

The newest member of Junction High, Pietr Rusakova has secrets to hide–secrets that will bring big trouble to the small town of Junction—secrets including dramatic changes he’s undergoing that will surely end his life early.

Get all the Books at amazon* –

Much love my friends!

The Storyspinner by Becky Wallace – The Keepers’ Chronicles #1
Review: Fire Burn & Cauldron Bubble To Kill A Warlock by HP Mallory 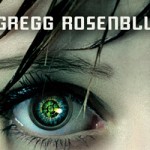 5 Responses to “Author Interview : Shannon Delany and 13 to Life series”