Schuyler Van Alen wants an explanation for the mysterious deaths of young vampires. With her best friend, Oliver, Schuyler travels to Italy in the hope of finding the one man who can help—her grandfather. Meanwhile, back in New York, preparations are feverishly underway for the Four Hundred Ball, an exclusive gala hosted by the city’s wealthy, powerful, and unhuman—a true Blue Blood affair.

But it’s at the after-party, a masquerade ball thrown by the cunning Mimi Force, that the real danger lurks. Hidden behind the masks is a revelation that will forever change the course of a young vampire’s destiny.

Rich with glamour, attitude, and vampire lore, this second installment in the Blue Bloods saga will leave readers thirsting for more.

Masquerade picks up right where Blue Bloods left off, with prepartions for the Four Hundred Ball in full swing while Schuyler Van Alen and her best friend/Conduit Oliver Hazard Perry travel to Italy in search of her Grandfather. The book is told through the alternate points of view of three Blue Blood females: Schuyler, who just found out that she’s a vampire and has started her transition, Mimi Force, the most powerful/popular Blue Blood at their school, and Bliss Llewlyn, Texan daughter of a senator who is newlly transplanted to New York and has found herself under Mimi’s finger. Just like in Blue Bloods, I found the POV switches to be a little distracting, especially because the author always ended each one with a cliffhanger.

The relationship between Schuyler and her best friend Oliver grows in the obvious way while developing into a pseudo-love triangle between Schuyler, Oliver, and Jack Force. While Schuyler learns exactly what it means to be a Vampire and what powers she has, she also has to learn to navigate the expected social scene that the Blue Blood committees entail. She’s still on the trail of who is killing Blue Bloods, and they do get closer to the truth in book two.

Mimi Force is still a mean girl, but in this book, she’s busy not only planning the Four Hundred Ball and the coming out of her and her twin brother Jack’s true angel identities, but also a Masquerade after party that is invitation only that is sure to cause a stir. She isn’t happy that her brother’s attention has been turned to Schuyler when it should be only on her since they are bond mates, so she sets out to make the new Blue Blood’s life a living hell. She teams up with the new bad boy at school Kingsley to get rid of Schuyler as competition for good.

Bliss Llewlyn has blackouts where she can’t remember where she is or what she’s been doing, and her parents tell her it’s all part of the process of becoming a mature vampire. But the nightmares are getting worse and she keeps dreaming of her presumed dead boyfriend Dylan, and she’s not sure what is reality and what’s a dream anymore.

The rampant and overused designer label/over the top materialism is toned down in this book, so much so that I barely noticed it in this installment. Schuyler and Oliver are the only characters with real growth throughout this one, but more of the Blue Blood mythology and history is revealed to make it original and interesting. Overall, this was a much better book than the first one, and a solide second book in the series. But it does seem like the material is spread a bit thin and more of these books could have been combined to give a more substantial story. I give this one a four out of five. 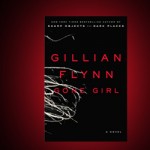 « The Epic Kindle Giveaway
In My Mailbox: Heather Preorders and Wins »