A weekly meme from the Bewitched Bookworms to celebrate
anxiously awaited new releases and their authors!
Today I would love to celebrate an truly awesome new Release!!
I already reviewed that one and absoufreaking loved this book!
Every Other Day
by Jennifer Lynn Barnes (website, twitter), goodreads
Get your own copy: amazon (Hardcover, Kindle) [box type=”shadow”]Every other day, Kali D’Angelo is a normal sixteen-year-old girl. She goes to public high school. She attends pep rallies. She’s human. And then every day in between . . .She’s something else entirely. Though she still looks like herself, every twenty-four hours predatory instincts take over and Kali becomes a feared demon-hunter with the undeniable urge to hunt, trap, and kill zombies, hellhounds, and other supernatural creatures. Kali has no idea why she is the way she is, but she gives in to instinct anyway. Even though the government considers it environmental terrorism. When Kali notices a mark on the lower back of a popular girl at school, she knows instantly that the girl is marked for death by one of these creatures. Kali has twenty-four hours to save her and, unfortunately, she’ll have to do it as a human. With the help of a few new friends, Kali takes a risk that her human body might not survive. . .and learns the secrets of her mysterious condition in the process.[/box]

I really loved this book and I wish
Jennifer Lynn Barnes and “Every Other Day” a
Happy Bookbirthday!!!
Much Love, 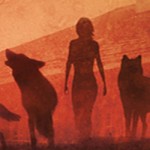 « Moving from Blogger to WordPress – how to do it the easy way!
Book Review: Touch of Power by Maria V. Snyder »