Every other day, Kali D’Angelo is a normal sixteen-year-old girl. She goes to public high school. She attends pep rallies. She’s human. And then every day in between . . .She’s something else entirely. Though she still looks like herself, every twenty-four hours predatory instincts take over and Kali becomes a feared demon-hunter with the undeniable urge to hunt, trap, and kill zombies, hellhounds, and other supernatural creatures. Kali has no idea why she is the way she is, but she gives in to instinct anyway. Even though the government considers it environmental terrorism. When Kali notices a mark on the lower back of a popular girl at school, she knows instantly that the girl is marked for death by one of these creatures. Kali has twenty-four hours to save her and, unfortunately, she’ll have to do it as a human. With the help of a few new friends, Kali takes a risk that her human body might not survive. . .and learns the secrets of her mysterious condition in the process.

I’m torn between 4 and 5 because yes, it was that good! It was a captivating ride, with awesome characters and a story that made me cry – several times! I couldn’t put it down!

One Day Paranormal – One Day Normal

Kali changes every other day from human to a demon hunter. One day she’s normal and can be hurt, the other day she doesn’t feel pain and is nearly invincible. Because of this, Kail is alone… as alone as you could be which is very heart breaking.
Her mom left when she was three and her dad is a Professor who has no clue how to be a father. Also, due to her uniqueness she never had friends and never allowed anyone to come close to her.
Utterly Alone… and no idea why she is what she is…

The world Kali lives in is the same as ours, the only difference is that the world knows about paranormal creatures like hellhounds or Zombies but instead of being frightened this is just the normal way of life. Those creatures are being studied and belong to the list of endangered creatures which is why Kali never wanted to share her demon hunting activities with anyone.

Things go downhill pretty fast when she attends a new High School and tries to save the Queen-Bee’s life. Suddenly there is something inside Kali that changes her even more, but above all this she might finally get some answers about what she might be…

I loved Kali! One part kick ass heroine the other part, young vulnerable and lonely. The author mixed those two features perfectly and it was absolutely believable and Kali got a place in my heart pretty fast!

The most amazing thing were the secondary characters: The Queen-Bee Bethany and Skylar a young girl with some secrets on her own. Multi layered, 3-dimensional and never flat! Truly the way those characters developed and revealed themselves to us was wonderful to follow and so very surprising! There was the tiny hint of a romance and I wished there would have been more, but I hope there is more to come in the next book .. IF there will be a sequel because the way the book ended it could be a stand alone too… Satisfying but room for more! 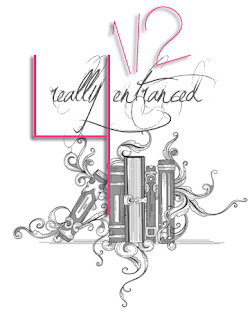 The story line was enthralling and captivating – a true page turner! “Every Other Day” was a compelling story that felt fresh and unique, moreover you’ll find wonderful deep and captivating characters that will easily find a place in your heart. But be aware for some serious heart break – the story made me tear up a lot!

Random Notes and Additional Info:
Jennifer Lynn Barnes is also the author of a lot of really awesome YA titles! Specially her series: “Raised by Wolfes” is truly good and worth your time! I still have to review them on the blog… You can check all her books at goodreads. 10 Responses to “Book Review: Every Other Day by Jennifer Lynn Barnes”