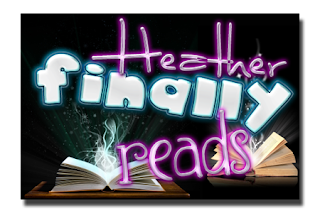 In this edition of “Heather Finally Reads…”, I finally get around to reading The Hunger Games series, all because of the amazing movie trailer Pushy and I watched before Breaking Dawn Part I. Guess I’m more susceptible to marketing in my advanced age at midnight… Even though I bought the three book hardcover series set after Mockingjay came out last year, I foolishly never cracked them open. And I still didn’t crack the first one open, I borrowed it from the Kindle lending library and read it on my new Kindle Fire. Here’s my review of the first book. 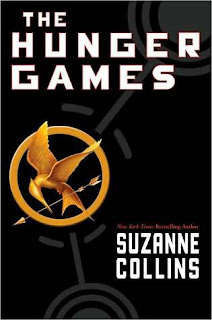 I really don’t know why I didn’t start this series. I’d heard such good things about the books from my fellow bloggers and friends, and I went ahead and preordered the three book set before Mockingjay came out. When it was delivered to my house, I loaned the books out to a couple of my work friends, and they absolutely loved them. But still I moved onto other books while these just sat on my shelf collecting dust. The hype surrounding the upcoming Hunger Games movie started to grow, and the much awaited trailer was shown before The Twilight Saga Breaking Dawn Part I. Pushy leaned over to me and said, “Seriously, you have to read these books.” In my tired, midnight-crazed stupor, I said “Why not?” and went back to ogling Robert Downy Jr. in the new Sherlock Holmes movie trailer. A week later, I finally had time to dive right in because I knew that there would be no resurfacing for air once I was under.

Panem is a dark, cruel future world where there is no hope of bettering your life if you live in one of the twelve districts whose only function is to serve the Capital. Katniss Everdeen lives in District Twelve, the one where coal mining is there chief purpose, and living a life of starvation and oppression is the norm for the citizens. When her father dies in a mining accident, she’s forced to take over as head of the family to support her mother and sister, eventually hunting and gathering along with her best friend Gale Hawthorne in the off-limits woods outside of the fence marking off the district’s property.

But the Capital has a way of keeping their thumb on the citizens of the Districts, of letting them know that they own each and every person dwelling within the fences. Each year, one boy and girl from each district are picked to participate in the Hunger Games–a televised fight to the death in an arena where the sole winner will bring  not only life-long prosperity to themselves and their immediate family, but also rations for a year to their district.

When Katniss’ young sister Primrose is picked from the reaping bowl to be the female tribute from District Twelve, she doesn’t hesitate to volunteer to go in her sister’s place, surely dooming herself to death but ensuring her family to a life with Gale taking care of them. The baker’s son, Peeta Mellark, is picked as the male tribute, and the two of them are almost immediately whisked away to the Capital for the Games.

The Games themselves are like Survivor meets Gladiator. You have the alliances but with all of the brutality of the Roman gladiator spectacles. Althought this book is touted as being young adult, the author doesn’t leave much to the imagination when it comes to battle wounds and the pain inflicted by the tributes on one another. Katniss quickly finds that her life hunting and surviving in the woods has trained her well for the games, but she does need to rely on a select few tributes to get by as well.

A romance between Peeta and Katniss was manufactured between their handlers before they went into the games to make it more exciting for the spectators, but what is real between them and what is faked is confusing for Katniss when it comes to Peeta.

This book was gritty, raw, and emotionally charged. I couldn’t put it down, and luckily for me I didn’t have to even while riding in a dark car since I read it on my Kindle Fire and it’s back lit. I’m glad that the entire series was out before I started reading this, however, since the ending is quite a cliffhanger and I immediately downloading the next book, Catching Fire.

I give this book a five. It’s brutal, intense, honest, and not afraid to kill characters off whether you’ve grown to love them or not. The twists in the book show just how much the citizens of Panem can’t trust the Capital or the Gamemakers because they have absolute control, but one girl can take a stand and ignite a little spark to take some power over herself. 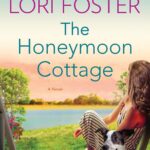 The Honeymoon Cottage by Lori Foster

« Book Birthday Shout Out {23}
Book Review: Every Other Day by Jennifer Lynn Barnes »

8 Responses to “The Hunger Games by Suzanne Collins”