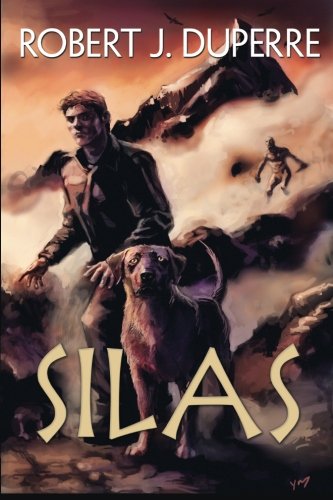 Review
Silas is a book that can be easily portioned into two parts. The first part is a real world mystery as Ken finds himself reluctantly, yet inexorably, drawn into the disappearance of several girls in his community and the surrounding area. The second part is where all hell breaks loose in spectacular, possibly crazy fashion.

In some ways this is not an easy book to read. The protagonist is an unhappy man. He’s a jerk to his wife, he’s depressed and folded in on himself and he acts more frequently like a child than a man. It can be hard to see the glimmers of good in Ken when he repeatedly does his best to make an ass of himself. Even when he meets Silas, the title character and the Labrador puppy his wife impulsively buys to infuse their marriage with some love, he’s a complete jerk. He flat out refuses to have anything to do with the dog, scorning both the newcomer to his family and his wife in a stinging fashion.

Somehow though, Silas reaches past Ken’s gruff exterior and connects with the true man within, the man his wife fell in love with, the man he could be if he would shake off the shackles of pessimism and stubborn pride. Reluctantly, Ken finds himself drawn more and more to Silas, who becomes a balm of sorts for Ken’s soul.

But, as Ken and Silas become closer, Ken’s life starts unraveling. And then something truly crazy occurs and Ken finds himself, with Silas, in a place that is clearly not Earth. In this other world, Ken has a mission to complete, one that will requires him to put the needs of others before his own. On this mission, he grows, learning the true value of the people and things in his life.

This journey takes Ken to some seriously disturbed places and there are some intensely scary events that occur. But no matter how horrifying and dangerous things get for Ken, I found myself enjoying how these trials by fire FINALLY push this man to be a better person.

At it’s heart, this is a tale of growing up, learning to value others and one’s self and focusing on the important things in life. I fully admit that I cried at the end.

Beyond the story, which is bizarre and fascinating, is the writing which I simply love. Rob cuts to the heart of the story with prose that pulls you in, making you, sometimes uncomfortably, part of the story. Even the way this story is written, as a story within a story, being told by an older, dying Ken to a hospital orderly, makes the reader feel present and a part of the tale.

Bottom Line
This is a fantastic book, full of good and bad people and events, that you will find hard to put down. And if you’ve ever had a treasured pet…prepare to fall in love, with Silas!

Final Notes
Robert’s one of those author’s whose writing I simply adore. And I’m thrilled that he’ll be stopping back here to chat with Heather during his book tour for Silas, later this month.

Beside the fact that the pairing of Heather and Robert are sure to be a must read, wry and snarky post, you’ll definitely want to check it out because Rob’s going to be giving away a Kindle loaded with all of his books! YAY!

You’ll definitely want to check that out!

And to help you do so, we’re giving away a copy of the eBook!!!

Yup, fill out the form below and
you’ll have the chance to win a Kindle copy of the book!

And don’t forget to leave a comment for an extra entry!
I’d love to know what draws you to paranormal stories.
Let me know and get an extra chance to win a copy of this fantastic book!

These books are banned?Oooh! Let’s read them!! 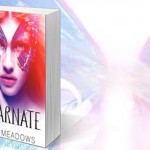