Locked away at Pecan Place, Jessie finds her situation to be even more dangerous than she feared. While she struggles to maintain her sanity and discover answers about the group that seems less and less like any legitimate government agency, Pietr fights to keep their relationship alive. But very aware that his mother’s time is running out, Pietr makes a deal he doesn’t dare tell Jessie about. Because the deal Pietr’s made could mean the death of far more than his tenuous relationship with the girl he loves.

Shannon Delany has written stories since she was a child. She began writing in earnest when her grandmother fell unexpectedly ill during a family vacation. In 2008 her greatly abbreviated version of 13 to Life (written in just five weeks) won the grand prize in the first-ever cell phone novel contest in the western world through Textnovel.com .

Shannon was thrilled when St. Martin’s Press offered her a contract for a series about her 13 to Life characters. She expanded on the cell phone novel version, adding the subplots and characters she didn’t have time to during the contest. As paranormal as werewolves seem, the grief Shannon used to build Jess’s character is something she personally experienced with the loss of her own mother. Focusing on Jess and Pietr’s story of loss, love and dramatic and dangerous changes, Shannon came to better grips with her own struggle. The resulting novel has earned her blurbs from authors she respects most.

Previously a teacher and now a farmer raising heritage livestock, Shannon lives and writes in Upstate New York and enjoys traveling to talk to people about most anything.

Happy Happy Book Birthday Shannon and Bargains and Betrayals!
I really love this series and Shannon writes unbelievable fast.
She always manages to surprise me and I really love her
writing!!
So, which author and which book do you want to celebrate? 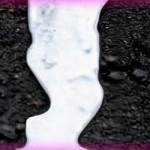 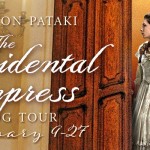