Cara has never been one of those girls: confident, self-possessed, and always ready with the perfect thing to say. A girl at the very top of the popularity tower. One of the Populazzi.

Now, junior year could change everything. Cara’s moving to a new school, and her best friend urges her to seize the moment—with the help of the Ladder. Its rungs are relationships, and if Cara transforms into the perfect girlfriend for guys ever-higher on the tower, she’ll reach the ultimate goal: Supreme Populazzi.

The Ladder seems like a lighthearted social experiment, a straight climb up, but it quickly becomes gnarled and twisted. And when everything goes wrong, only the most audacious act Cara can think of has a chance of setting things even a little bit right.

This was so much fun! It was the perfect story from a girl that was always invisible, who hated High School and the social rules that makes some people the super popular ones while the other ones are the outcast nobody cares to notice.

When Cara moves to a new school, she and her friend Claudia plan to chance the invisibility for Cara and make her popular. This is their chance to start new, to finally be someone!
First, find a boyfriend who is down but not at the bottom of the High School hierarchy.
Second, find the next boyfriend a step higher. ….
Third, finally get a boyfriend from the Populazzi crowd that lifts you in the highest rank of popular kids.
Fourth: Become THE Supreme Girl at school!

Well, that’s the plan and Cara starts right away when she meets Archer, a boy from the Theater Geek Group and the easily become friends. She hangs out with him and thy are getting closer and closer. Soon, Cara liked Archer not for the status he could provide her but for himself! It clicks, as simply as this – they work perfectly together. Archer is a wonderful character and the perfect counterpart for Cara. But Archer never makes a move to kiss her…

When it’s not working with Archer romantically, she asks him to help to get a new boyfriend – one of the DangerZone. Nate is the perfect next target, he’s absolutely sexy, hot and totally emo.

After Nate she’s one step away from the super Populazzis!

Cara with her bouncy and carefree personality totally rocks the plot

I have to admire her to go through with all this, because it requires a lot of bravery from her. I loved her and I was anxious to see how this will all turn out for her, although I knew something bad will have to happen. Specially when she sees the downsides of her comet like climb in high school order. She’s not herself anymore, but Claudia pushes her to go on with the plan even if it means leaving good friends behind?

What I hated were Cara’s parents, her mom who was totally dependent from her husband who is Cara’s stepdad. Both were super cruel, although in totally different ways. When Cara is not the perfect daughter they always assumed she was, Karl abandons her which is the epitome of cruelty! But although he mom tries to stand up for her she’s not strong enough go through with it!

Populazzi tells the story of a normal girls that climbs the ladder of social order in High School, after she was always an invisible girl nobody cared about, about wanting badly to be something you are not. How far to go to be someone of the cool crowd?

The book is a fast and entertaining page turner that shows the cruelty of High School in a ver fun way and a winked eye. I loved the easy writing style and they way all the typical High School kids are displayed in the order of things.

Random Notes and additional Info:
Elise Allen is also co-author of the “Elixir” series together with Hilary Duff which I also truly enjoyed. The next book “Devoted” comes out in October, and considering I loved Elise’s writing so much I will most definitely look out for more of her!

Spinning Starlight by R.C. Lewis
Review: Seers of the Light by Jennifer DeLucy 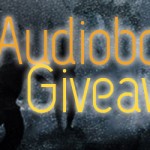 « Love Story: a review
In My Mailbox – Heather Is Headed to the Motocross Track Edition »

One Response to “Review: Populazzi by Elise Allen”