hy72ir6n49g5z831meqb If I Stay & Where She Went: reviews • Bewitched Bookworms 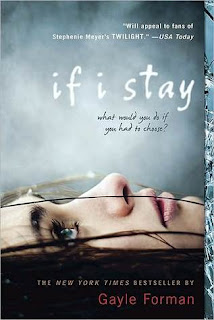 Mia has no memory of the accident that changed her life. This inexperienced 17-year-old only recalls riding on that slippery Oregon road with her family, then, in an instant, seeing herself lifted from the twisted wreck. This affecting story of one young woman’s struggle through tragedy and grieving will appeal to readers of books like Thirteen Reasons Why.

a description: In a blink of an eye, Mia’s life is altered- catastrophically- irrevocably. Her body broken. Her spirit unhinged. Mia is stuck between two worlds and left to make the hardest decision in her life: Will she stay or will she simply leave?

a review: Told in the first person, If I Stay is the story of Mia a young high school girl who has loving albeit unconventional parents, an adorable younger brother, an amazing best friend, a boyfriend whom she loves with all her heart, and a bright, exciting future ahead of her. And while life isn’t perfect, Mia is simply your average teenage girl facing growing up.

Mia as a character is likable, if not a little aloof at first. She is clearly in shock for most of the story which makes her an extremely sympathetic character. As I was reading, I realized that she couldn’t deal with the enormity of what was happening to her, and in many ways, that she was hiding inside herself, pushing away the pain that was threatening to consume her.

The stories pacing is fantastic. I sat down and read this book in less than four hours. What could have been a slow, sluggish, heavy plot is lightened by likable secondary characters and great back stories. At first I felt as disconnect as Mia did from the death of her parents, but as the story unfolded and Mia allowed her memories to overwhelm her, the magnitude of her loss began to hit me and I was lead to tears. I must confess that while I wanted her to stay, there was a part of me that believed she would be better off leaving this world and all the sorrow she had to face if she did stay behind.

Ms. Forman themes in this novel are heartbreaking. Death, no matter how young or old we might be, is not easy to understand nor deal with. When faced with the lose of our loved ones, it is hard to completely comprehend and deal with the cold truth that we all will die one day. Furthermore, it is hard in the face of tragedy to find any hope or peace, let alone celebrate the lives that where lived. Ms. Forman challenges us not only to grieve with Mia, but to see what she has to live for and the good that she can take away from her sorrow and loss.

This is a fanastic read not only for younger readers who are struggling to understand life and death, but “maturer” readers who might just need a little reminder of how fragile and beautiful life truly is 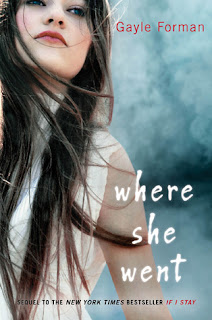 Title: Where She Went
Sequel to If I Stay

Author: Gayle Forman
Published Date: April 5th, 2011
Copy from NetGalley
Publisher: Penguin Young Readers Group
Book on B&N & Amazon.
description from Goodreads:
*SPOILER WARNING*
I would suggest
that if you haven’t read the 1st book,
you should not read the description
for the 2nd book. In fact, I’d even suggest
not reading this review but skipping to the end!

Now living on opposite coasts, Mia is Julliard’s rising star and Adam is LA tabloid fodder, thanks to his new rock star status and celebrity girlfriend. When Adam gets stuck in New York by himself, chance brings the couple together again, for one last night. As they explore the city that has become Mia’s home, Adam and Mia revisit the past and open their hearts to the future – and each other.

Told from Adam’s point of view in the spare, lyrical prose that defined If I Stay, Where She Went explores the devastation of grief, the promise of new hope, and the flame of rekindled romance.

a description: Adam loved Mia with all his heart. He loved her for her family. He loved her for her music. He loved her for simply being her. And when she nearly died, he begged her to stay even if it meant that she had to erase him from her life. He thought, if he could just keep her in this world, he’d be okay… Little did he know that his world would come crashing down around him and that even when it seemed like he had everything he’d ever dreamed of, he was left with nothing without her.


a review: Where She Went is the outcome of the events which took place in its predecessor, If I Stay. The story is told in the first person from the perspective of Adam, Mia’s boyfriend. At first I thought this was a strange choice, not to mention, I was leery when I found out the story took place three years after the terrible accident that took Mia’s parents and her younger brother, and left her barely hanging on to life. But, as the story developed, I found it was the most amazing starting point for the novel, and I applaud Ms. Forman, her editors, and everyone involved for taking this risk. We started this journey with Mia, and the natural assumption would be that the best person to end the story with would be Mia, but in my humble opinion, it turns out that this story was no longer Mia’s to tell, but Adam’s.

Set in the heart of New York City, we find Adam at a breaking point. His success as a rock star has given him anxiety problems. His band mates now despise him for what they view as him hogging the limelight. His relationship with his girlfriend is completely unsatisfactory. And his heart has been torn out of his chest by Mia, who for unknown reasons has left him. This is where we start- in the depths of despair. And for such a heavy story, once again as she did with If I Stay, Ms. Forman manages to find a lightness and a hopefulness. Adam is a brooding man-boy mess, and yet I didn’t get tired of him. I mostly wanted to give him a hug and tell him everything was going to be alright.

I cried. I laughed. I felt that fluttery feeling in my stomach. Overall, I was enthralled and could not put this novel down. Ms. Forman, once again, touches on tough themes. Tackling both Mia and Adam’s experiences with grief and how instead of being pulled together, they were torn apart. Mia, in many ways, becomes the emotionally stronger of the two, dealing with the loss of her parents almost selfishly, while Adam’s anger, loneliness, and destructive behavior nearly destroy him. I had no clue how this novel would end, nor where Mia and Adam’s relationship would go.

But I did know one thing for sure, that I loved them both and wanted them to heal and grow, if not together, then any way possible. Where She Went is the story of a young man trying to deal with a broken heart and the girl who tore it to pieces.

In closing:
Overall, I truly enjoyed reading both these novels, and I highly recommend them. As a parent, I definately think they are great reads for young adults, in the high school age bracket maybe junior high if you don’t mind f-bombs and sex talk. But YA aside, these books are more than just youth reads, they tackle difficult topics (i.e. death, loss of loved ones, a life changing event, changes in relationships, and more) and the themes in these novels are ones we can all relate to. As C.S. Lewis said: “We read to know that we are not alone.” Ms. Forman’s story let’s us know that when it comes to love and loss we are not alone, a message that frankly never gets old.
Tis what I know and what I’ve got.
Thank you to Penguin Young Readers Group
for lending me a copy of Where She Went.
Until next time–
Your truly, 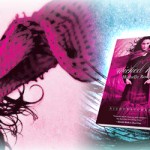 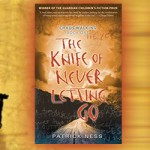 The Last Girlfriend On Earth by Simon Rich
Review: Graveminder by Melissa Marr

8 Responses to “If I Stay & Where She Went: reviews”