There’s something about the new guy at Crossroads High . . .

Most sixteen-year-olds have friends. Aden Stone has four human souls living inside him:

One can time-travel.
One can raise the dead.
One can tell the future.
And one can possess another human.

With no other family and a life spent in and out of institutions, Aden and the souls have become friends. But now, they’re causing him all kinds of trouble.

Like, he’ll blink and suddenly he’s a younger Aden, reliving the past. One wrong move, and he’ll change the future. Or, he’ll walk past a total stranger and know how and when she’s going to die.

He’s so over it. All he wants is peace.

And then he meets a girl who quiets the voices. Well, for as long as he’s with her. Why? Mary Ann Gray is his total opposite. He’s a loner; she has friends. He doesn’t care what anyone thinks; she tries to make everyone happy. And while he attracts the paranormal, she repels it. For her sake, he should stay away. But it’s too late. . .

Somehow, they share an inexplicable bond of friendship. A bond about to be tested by a werewolf shape-shifter who wants Mary Ann for his own and a vampire princess Aden can’t resist. Two romances, both forbidden. . . doomed. Still, the four will enter a dark underworld of intrigue and danger. . . but not everyone will come out alive. . .

I read Gena Showalter’s “Lords of the Underworld” series and I really enjoyed them. When I saw that she also wrote a YA paranormal series I was intrigued! I was happy to get the book from Harlequin at the Frankfurt Book fair and now I finally started to read.

It was amazing! She outdid herself with this series and I’m in love with those characters she created.

First, we have Aden – a lonely boy abandoned by his parents and send from institution to institution. He has 3 souls trapped inside himself and each of them has a different power.

He’s 16 when he moves to Crossroads and where his live will finally change – forever! Well, yes the town’s name definitely has a meaning here…

There he also meets Mary Ann and when he’s near her his souls are quite and all his “power” is gone. He’s fascinated with her and tries everything to get to know her and finally enrolls at her school. Plus, he has this incredible impuls to hug her and he feels drawn to her.

Then, there is this beautiful brunette girl who he saw kissing in a vision – he knows this girl is his future, his love. And she’s  only character I don’t love as much as the others is Aden’s Big love, I hope she will develop better in the future books.

Werewolf love!
For the first time Danny loves a werewolf…

Apart from Aden there is one more character I totally fall in love with and it’s a first: The Werewolf! Normally I never have the hots for shapeshifters, yet Gena managed to create a character that is plain awesomeness so that even no-dog girls fall in love with this creature! OoOooo and this werewolf is hottness pure – he’s sweet and so protective and of course sexy as hell…

The plot is told mostly from Adens POV but also from Mary Anns which gives you so much more info about what is happening. I totally love big multi layered plots and love to follow them and see how they develop.The story in Intertwined is rich with several sub plots.

And the only complain I have about the plot was that I knew right away “Who” Eve was, would have been great not to get so many hinds in this direction.

Bottom Line
Still, the book gets 5 stars because I absolutely loved it! Love the world, but most of all love the characters! 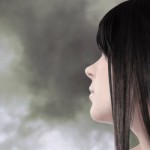 Bewitched Kids Corner {12} Tales From Lovecraft Middle School and GIVE AWAY
The All Male Review Challenge!
Review: The Haunted E-Book by JL Bryan

« Waiting on Wednesday – Danny’s Edition
When I’m not Reading – Danny’s featured at The Unread Reader! »

7 Responses to “Intertwined by Gena Showalter”