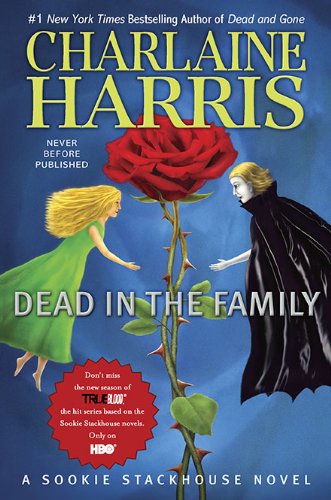 After enduring torture and the loss of loved ones during the brief but deadly Faery War, Sookie Stackhouse is hurt and she’s angry. Just about the only bright spot in her life is the love she thinks she feels for vampire Eric Northman. But he’s under scrutiny by the new Vampire King because of their relationship. And as the political implications of the Shifters coming out are beginning to be felt, Sookie’s connection to the Shreveport pack draws her into the debate. Worst of all, though the door to Faery has been closed, there are still some Fae on the human side-and one of them is angry at Sookie. Very, very angry…

Our Thoughts:
Heather: The tenth book in the Southern Vampires series seemed like Charlaine Harris read her message board and noted what fans have been asking about the books. And she answered these questions in the form of a new Sookie book. The problem is that some of the questions she answered were the inane, unimportant queries. Like what’s in Sookie’s attic? While as a big fan of these books and a frequent visitor to her site’s message boards, this approach makes for a choppy book. This book doesn’t seem to have one overall plot except for the importance of family ties. It seems like a handful of different smaller plots were mashed together.
Danny: Truly, I have to agree.Sookie had to heal and changed quite a bit and we all had to adjust with her. For me it felt more like the book that takes up the end of the last book and opens a new plot line for the upcoming book. I think specially the plot line with the new king seems like what we have to expect from the next book.
Heather: I was surprised with the change in Sookie after her torture in the last book. Over the course of this book, she starts to act like a supe when in dire situations, and less like a human. I’m not going to spoil the book, but you will know what I mean when you read it.
What I really loved: Eric and Sookie finally proclaiming their love for each other, Jason’s maturity, the influx of family for all of the main characters, Charlaine Harris’ fearlessness in taking an historical figure and doing what she wants with his character, learning more about Claude.
Danny: This was really lovely, we see much more from the relationship between Eric and Sookie and finally, finally we read the big Love word!!! It was about time! Claude became a truly interesting character and I’m sure we will see more of him in the next book. He really was the big surprise character for me!
Heather: What I didn’t love: Lack of Bill, the situation with the new cook at Merlotte’s (It’s getting to South Park proportions like killing Kenny), some of Sookie’s evolution.
Danny: I really found Bill’s side story rather interesting, it seems like CH wants to get rid of Bill ( at least for Sookie) but give him at the same time a good ending. I’m curious about how this story goes on in the next book. And really, did you miss Bill???
Heather:It’s entertaining and fun read, but doesn’t move Sookie’s story forward too much. This is a book for long time fans of Charlaine Harris and will enjoy all of the previous books’ loose ends that this one ties up.
Our final Verdict
We give this book 4 out of 5 books
a really entranced book and a must-read
for all Sookie and Eric fans!

So what did you think?
Did you read it, or just watching the show?
(Btw, we are sooooo excited for season 3..soooo much!!)
What did you think about Sookie and Eric?
Claude?
Bill? 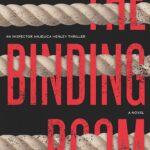 12 Responses to “Review: Dead in the Family by Charlaine Harris”