hy72ir6n49g5z831meqb Let’s Hear It For The Boys - Bewitched Bookworms

Isn’t it lovely! Mrs. V made it for me. *blushes*
I have my own little corner here…
*verklempt*
Alright, enough about me.
*wipes nose on sleeve*
Let’s get to some books, shall we?!
*rubs hands together excitedly*
Today’s post has a little song dedication attached to it.
Wanna hear it?
Here it goes:
*dances wildly about Bewitched*
Can you guess what today’s theme is?
Boys, but of course.
But what kind of boys?
Authors!
*fist pumps*
I realized recently that I can be a little one sided
when recommending books. It seems I mostly recc female authors.
I’m not saying that’s a bad thing,
I’m just saying it’s what I’ve been doin’.
In an effort to fix said error today’s post shall have all male authors.
These are by far some of my favorite books!
Ready, steady, go!
1. Uglies 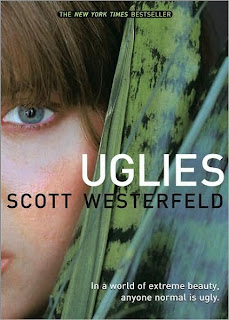 Mr. Westerfeld’s Uglies sucks you into a gritty
world filled with overwhelmingly beautiful “pretties”
and average everyday people known as “uglies.”
After we Rusties had nearly destroyed the world
people found a way to make society more
pleasant and peaceful, but at what cost?
Tally Youngblood is about to find out.
I loved loved loved this novel.
I adored Tally and all her little “uglie” friends.
The story made me gasp, cringe, and broke my heart.
The second novel in this series Pretties is even better!
I am looking forward to reading Specials the third
and final novel of the Tally’s story.
(FYI: There is a fourth novel in this series Extra
but Tally Youngblood is not the “main” character.)
2. The Graveyard Book 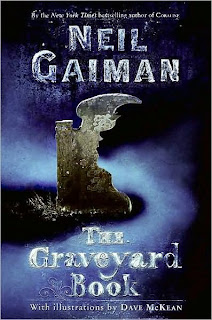 This whimsical novel by Mr. Gaiman is absolutely beautiful.
Filled with wonderful illustration it sucked me into Bod’s world. 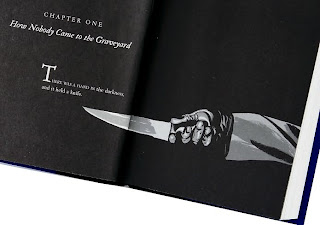 Chock-full of strange and frightening characters,
a brilliantly original world, and a fairy-tale storyline,
Mr. Gaiman shares with us the story of the boy Nobody
and his life as he grows up being raised by his ghost
parents after his real family is killed by the man named Jack.
If you enjoy a great fairytale you must read this book.
I can’t find the right words to express just how much I enjoyed it.
3. The Boy Who Couldn’t Sleep
And Never Had To 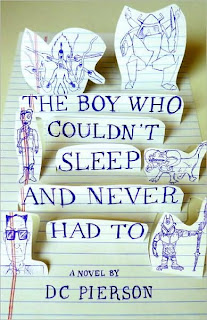 Darren is your run of the mill geek trying to get through high school.
His life is boring and friendless until he meets a boy named
Eric, who is an even bigger nerd than Darren. But
who’s life is nowhere near normal.
I *heart* this novel!
Mr. Pierson allows us to enter the
hilarious albeit frightening mind of a teenage boy.
In the words of Mr. Cutie, “Pierson is great. He says all the
things I’m thinking!” If you love geeks and Sci-Fi this book is for you.
4. Looking For Alaska 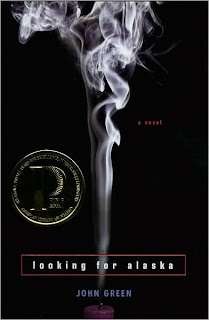 After years of being a nobody at his school,
Miles decides he wants a fresh start somewhere else.
He talks his parents into sending him to boarding school.
There he meets Alaska Young who alters his world forever.
Miles’ story is both hilarious and heart wrenching.
The banter between Miles and his friend Chip is fan-freaking-tastic.
Their epic pranks are legendary!
However, even with all the laughs,
the end of this tale will leave you shaken and thoughtful.
It’s a fabulous novel.
A must read in my humble opinion.
5. The Alchemist 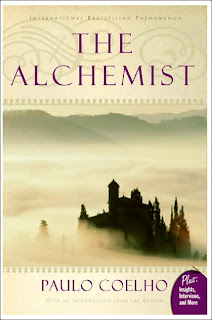 Once upon a time…
there was a shepherd-boy who dreamed of other worlds,
fell in love with a merchant’s daughter, and went in search of treasure.
But what he found was so much more.
This resplendent novel is warm, honest, and… well simple.
It’s not edgy. It’s not epically complicated. It’s not emotional.
It’s perfectly, wonderfully pure.
Bonus:
This week’s bonus isn’t one I’ve read,
but one I’m dying to start.
The Red Pyramid 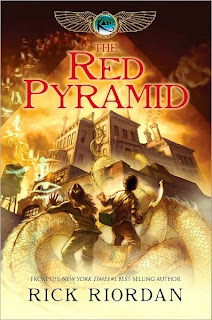 After reading the Percy Jackson series I fell in love
with Mr. Riordan’s style and characters. Knowing this,
Mr. Cutie went out and got this novel for me as part of my
Mother’s Day gift. I can’t wait to crack open the binding on
this new world of Mr. Riordan’s!
In conclusion:
That’s what I know.
And that’s what I’ve got.
What are you reading?
Do you prefer female authors to male authors?
I’m equal opportunity, truth be told.
But must admit I do tend to relate more easily to a female author.
Until next time,
Happy Reading!
Yours truly,

Old Friends
What Happened to Goodbye: a review
The Goddess Test: a review
In My Mailbox: a cutie edition
a wing & a prayer: cutie’s corner