This book recommendation came to me from an unlikely source: one of my work boys (think Danny DeVito and Arnold Schwarzenegger from the movie Twins). They are well-accustomed to my reading/stalking habits now, and when I was approached by Danny D. to read Abraham Lincoln: Vampire Hunter, I was quite impressed. You may recognize the author. Seth Grahame-Smith has also written Pride and Prejudice and Zombies, which is on my “to-read” list. Anyway, the timing was perfect as I had just finished up the Mortal Instruments series, and I was ready to jump into a quick, non-serial book. 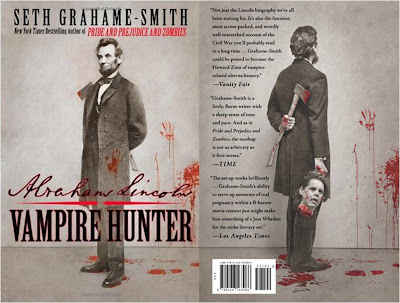 The premise of the book is that the author has been presented with the long, lost journals of Abraham Lincoln by a mysterious visitor who always wears sunglasses…even indoors. As the author reads through the journals, he discovers that Lincoln’s mother was murdered by a vampire. And from there Lincoln’s purpose in life becomes obvious: he vows to kill every vampire in America. The author takes you through Lincoln’s early days as a vampire hunter and his entire political career. Think the Civil War was about freeing the slaves and keeping the union together? Think again. Vampires were really behind the whole thing…and there wasn’t anything Lincoln wouldn’t do to get rid of the vampires.

At first I thought this was a really clever book, and I especially enjoyed the pictures that went along with the story. However, upon further reflection there are a couple things that definitely bother me about this book:

Final verdict: 3 out of 5 books

If you are up for a quick read that has Abraham Lincoln on the cover instead of a half-naked man, then this is the book for you. Otherwise, may I suggest you check out one of the other reviews on this here bloggity for something a little better. 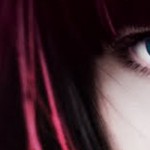