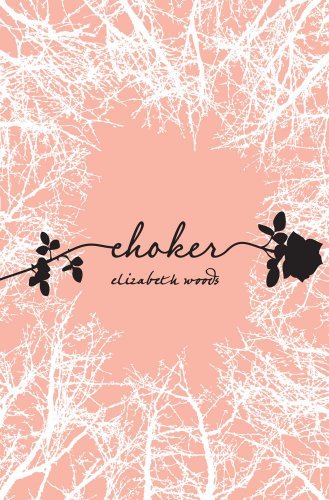 What if the only friend you could trust turned out to be dangerous? A new thriller from debut author Elizabeth Woods!

Ha! This was a great book with such an unexpected ending that will leave you speechless – I promise!

What to expect in this Novel….

Cara is an awkward, shy and insecure girl that never had many friends. She had to leave her only and best friend Zoe behind when she and her parents were moving into a new town.

Also here, Cara never really finds friends and the popular girls are always bitching her and never take her serious enough. She’s pretty much alone, although she just would love to fit in! She got the mean nickname Choker after an incident at school, after this it seems like she’ll never has a chance to fit in…

Even her parents are not really taking care of her. They are both lawyers and always working, always busy. They don’t seem to see how Cara suffers from her loneliness. You do see glimpses of her mother showing some love (which seems weird that I even have to mention it…) but her father is nearly no existent! I felt so so bad for this poor shy girl, that has no friends and not even a real family!

Then at some day her old friend Zoe comes to her and asks if she can stay a little while and hide in her room. She had a really bad stepfather and something unknown happens, so she run off to hide at Cara’s place.Well, with her parents never really be there anyway, it seems like a good idea.

Cara is beyond happy that she finally has her friend back and isn’t so alone anymore. Zoe gives her the confidence she needs to step up for herself. Things finally begin to chance for Cara – for the better!

Specially after the two meanest girls at school disappear! One of the those drowned in her pool and the other one – Alexis- disappeared. Alexis was the girlfriend of Ethan, who Cara admires from afar since a very long time. After Alexis disappearance Ethan and Cara start to get closer. Finally, Cara has nearly everything she ever dreamed off – friends at school, Ethan seems interested in her and she has her very best friend Zoe back!

But, something seems weird with Zoe. She starts getting jaelous that Cara now has friends beside her and shows no attempt to go home. Cara starts to wonder what happened at Zoe’s home that made her run away and hide?

Cara and Zoe were incredible characters in this book. Seeing Cara’s development from the loner to a poluar girl was amazingly describes and genuinely honest and real. You have to feel sorry for Cara, she’s  so awkward sometimes!!! Zoe is a deep, fascinating but also mysterious character. She’s the strong friend Cara needs to stand up for herself and move on. The friendship is deep and you see how much those girls love each other. Still, Zoe hides something and her moods start to change so abruptly!!

When those bitchy girls start to disappear you slowly get a feeling that something is off, but you can’t point with a finger on it. This makes you turn the pages faster and faster and it’s getting creepier and creepier. I was so scared at the end of the book but desperately needed to know the end of the book.

This is a mysterious, fascinating and enthralling novel about friendship and desperately wanting to fit in. Towards the end, the plot leaves you gasping and I promise you will never expect this shocking ending!  You won’t be disappointed! *shivers