I’m so excited to bring you an excerpt from Lynne Graham’s novel, The Innocent’s Forgotten Wedding. I’ll have a review later this week, so enjoy this sneak peak.

Early the following morning, alarm bells rang and lights flashed from the machinery by the bed. The woman came awake and went into panic, eyes focusing on an unfamiliar room and then on the arrival of two nurses, their faces both concerned and excited at the same time. She clawed at the breathing tube in her throat because she couldn’t speak and the women tried to both restrain and soothe her, telling her over and over again that the doctor was coming, everything would be all right and that there was nothing to worry about. She thought they were crazy. Her body wouldn’t move. She could only move one hand and her arm felt as if it didn’t belong to her. How could she possibly have nothing to worry about? Why were they talking nonsense? Did they think she was stupid?

The panic kept on clawing at her, even after the doctor arrived and the breathing tube was removed. He kept on asking her questions, questions she couldn’t answer until she couldn’t hide from the truth any longer. She didn’t know who she was. What was her name? She didn’t know why she was lying in a hospital bed. She didn’t have a last memory to offer because her mind was a blank, a complete blank. It was a ridiculous relief to receive an approving nod when she evidently got the name of the Prime Minister right and contrived to name colours correctly.

‘What happened to me?’ she whispered brokenly, her breath rasping. ‘Have I been ill?’

‘You were in an accident.’ The doctor paused there, exchanging a glance with the staff surrounding the bed.

‘What’s my name?’ she asked shakily.

‘Your name is Brooke… Brooke Tassini.’ The name meant absolutely nothing to her, didn’t even sound slightly familiar.

‘Your husband will be here very soon.’ Brooke’s eyes widened to their fullest extent in shock. ‘I have a husband?’

For some reason, the nurses smiled. ‘Oh, yes, you have a husband.’

‘A very handsome husband,’ one of the women added.

Brooke stared down at her bare wedding finger. She was married. Oh, my goodness, she was married. Did she have children? she asked. No…no children as far as they knew, they said, and a tinge of relief threaded through the panic she was only just holding at bay. Then she felt guilty about that sense of relief. She liked children, didn’t she? But it was scary enough to have a husband she didn’t remember—it would be simply appalling if she had contrived to forget her children as well.

About THE INNOCENT’S FORGOTTEN WEDDING After a terrible car crash, Brooke can’t remember her own name—much less her wedding day! Finding irresistible Lorenzo Tassini at her bedside—and a gold band on her finger—is shocking.

Honor-bound to care for his estranged wife, Lorenzo whisks her to his luxury Tuscan villa. But Brooke’s nothing like Lorenzo remembers! Her sweetness surprises him, as does the chemistry between them, blazing like never before. Stunned to discover her virginity, Lorenzo must uncover the secrets of the woman wearing his ring… Lynne Graham lives in Northern Ireland and has been a keen romance reader since her teens. Happily married, Lynne has five children. Her eldest is her only natural child. Her other children, who are every bit as dear to her heart, are adopted. The family has a variety of pets, and Lynne loves gardening, cooking, collecting all sorts and is crazy about every aspect of Christmas.

What She Gave Away by Catharaine Riggs – #TLCBookTours Review
Sunday with the Bookworms {8}… with Fairy Luck, Suddenly Supernatural and Trial by Fire 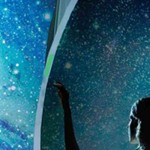