J.L. Bryan is one of my favorite authors, and I’ve really enjoyed his Ellie Jordan, Ghost Trapper series. Full of scary ghosts, poltergeists, demons, and complex characters that you love to read about as they go on their ghost hunting adventures, each installment gets better and better. And the wait time between books is measured in mere months instead of years, which is a big bonus!

Book #5, House of Whispers is available for pre-order on Kindle now! The luxurious Lathrop Grand Hotel is a Savannah institution that has entertained guests for more than a century and a half, offering some of the finest accommodations in the city. Famously haunted, the hotel draws tourists from around the world eager to encounter its numerous ghosts. The hotel is also known for being honeycombed with hidden doors and secret passages, enabling staff to appear and disappear quickly as they attend to the hotel’s guests.

Now some of the spirits in the Lathrop Grand have turned violent, even murderous. Ellie and Stacey must determine which ghost has become dangerous and remove it from the hotel before it can claim any more lives. They soon learn the hotel has secrets even darker than the notorious string of nineteenth-century murders that made it famous, and the powerful entities inhabiting it don’t intend to leave without a fight.

I highly recommend this series to everyone, and the first book in the series is free right now on all platforms! Ellie Jordan’s job is to catch and remove unwanted ghosts. Part detective, part paranormal exterminator, Ellie operates out of Savannah, Georgia, the most haunted city in the United States.

When a family contacts her to deal with a disturbing presence in the old mansion they’ve recently purchased, Ellie first believes it to be a typical, by-the-book specter, a residual haunting by a restless spirit. Instead, she finds herself confronting an evil older and more powerful than she’d ever expected, rooted in the house’s long and sordid history of luxury, sin, and murder. The dangerous entity seems particularly interested in her clients’ ten-year-old daughter.

Soon her own life is in danger, and Ellie must find a way to exorcise the darkness of the house before it can kill her, her clients, or their frightened young child. J.L. Bryan studied English literature at the University of Georgia and at Oxford, with a focus on the English Renaissance and the Romantic period. He also studied screenwriting at UCLA. He enjoys remixing elements of paranormal, supernatural, fantasy, horror and science fiction into new kinds of stories. He lives in Atlanta with his wife, his son, and some dogs and cats.

To hear about future books by J.L. Bryan, sign up for his new release newsletter: http://eepurl.com/mizJH

In My Mailbox – Heather Tries Out Her Kindle Fire 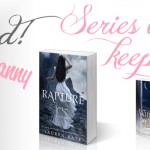 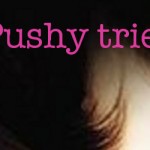 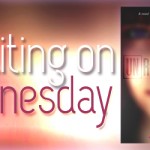 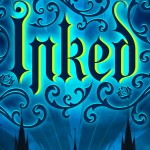 « Hello, I Love You by Katie M. Stout
Pre-Squee about… Burning Glass by Kathryn Purdie »