Copy provided by author in exchange for honest review. In man-world, Mitch and Dred try to prepare for a live concert in front of millions of viewers while half their band is missing. The record company is furious with them, and so are a certain violet-haired fairy and her banshee wolf friend, who finally catch up with them in Los Angeles.

If you’ve been following my reviews of the books in the Songs of Magic series (Fairy Metal Thunder, Fairy Blues, Fairystruck), you’ll know that they have been one my favorite fantasy series to read. And I’m glad to see that JL Bryan has continued his streak with writing a better book each time he delves back into the world of Jason and the Rioting Zebras.

At the end of Fairystruck, the Dullahan has kidnapped Jason’s sister and fled to the land of Faerie after Jason and Erin’s failed rescue attempt. Now the guitarist and lead singer must travel deep into Faerie with the goblin Grizlemor in tow, hot on the trail of the Dullahan as she races away with Katie in a cage. But it’s not as simple as catching up with her and taking back his sister because Faerie is full of dangerous plants and wildlife, and the Faerie Folk that live there don’t say that “Humans are bad luck” for nothing.

Jason and Erin find themselves on a quest across Faerie to bring back a specific type of bug in exchange for Katie’s freedom. JL Bryan’s imagination has run wild as they traverse Faerie on their way to the  island made entirely of iron. They encounter bubble gum chewing trees, literal loan sharks, were-walruses, pirate mermaids, acidic-glitter throwing pixies, candy plants, and that’s just a few of the wonderful things that the author has dreamed up and described in this book. The world of Faerie is so much more vivid and fun, and JL Bryan does a great job of taking what we see in our everyday world and twisting it in the most fun ways.

Left behind in Los Angeles to cover for Jason and Erin before the band is supposed to play a special live show, Dred and Mitch have to deal with the heat coming from their record company. It quickly morphs into a huge awareness concert for Jason’s missing sister–complete with A-list celebrities and bands such as Claudia Lafayette. But the fairy Aoide (who’s instruments Jason stole in the first book) and the banshee wolf Liadan are also in LA, and they’re hot on the trail of the Assorted Zebras to get the stolen instruments back. When all of these players meet up, some very surprising revelations are brought to light, which have repercussions reaching far into not only the band, but also into different factions of Faerie.

I give Fairyland a five out of five. This is a solid book in the series, and the character development is solid while the story is still moving along nicely. I’m especially happy with the way Erin and Jason’s relationship is evolving, while I did guess the surprise with Erin and Claudia earlier on in the series. This book is fast paced–especially the time that was spent in Faerie–and the world building is superb. The final bombshell dropped in the last chapter was something that I didn’t necessarily see coming, so bravo, Jeff–you fooled me with that one! I cannot wait for the next installment of the excellent young adult fantasy series. 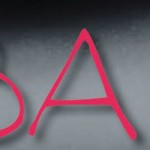