hy72ir6n49g5z831meqb The Vincent Boys by Abbi Glines - A November To Remember

It’s Monday, and this Monday comes with some hot books and hot boys! Way to start the week hu?

A NOVEMBER TO REMEMBER

Brought to You By:

THE VINCENT BOYS By Abbi Glines

This day it’s all about the Boys that broke our hearts *sigh* . After I read The Vincent Boys from Abbi Glines I immediately had two boys from “Friday Night Lights” the TV show in my mind: Tim Riggins and Jason Street! Why, I’m glad you asked!

Those two boys have been close like brothers, while Tim always was the mysterious brooding , troubled kind of boy (=BEAU) and Jason was the picture perfect son (=SAWYER). Both sets of boys have been in love with the same girl forever and who ended up getting the girl? The hot brooding boy!

Gosh, how I loved this series, how many tears I cried and … seriously it broke my heart seeing Tim struggle so much, always thinking he was not good enough and would never be good enough for anything! I feel head over heels for Tim Riggins and he broke my heart constantly with his self-destruction!

Just like Beau from The Vincent Boys! While the story is definitely not the same, it has some similarities that made me think so much about “Friday Night Lights” and what I loved so much about this series!

Can a girl really ruin such a deep friendship, or such deep bonds those boys formed over the years of growing up?

Well, I know how Friday Night Light ended, but to see how “The Vincent Boys” ends you have to read it yourself.

And, read it you must!

I LOVED those two books like so freaking much!

It has all the heartbreak, the intense closeness of friends/cousins/brothers that is all mushy and sweet. But there are also those sexy and hot scenes that just rock these books!

oh and I seriously adore the new shiny covers!! About The Vincent Boys

Get seduced by a sizzling account of attraction and betrayal in this previously self-published phenomenon.

Ashton is getting tired of being good, of impressing her parents and playing ideal girlfriend to Sawyer Vincent. Sawyer is perfect, a regular Prince Charming, but when he leaves town for the summer, it’s his cousin Beau who catches Ashton’s eye. Beau is the sexiest guy she’s ever seen, and even though he’s dangerous, Ashton is drawn to him.

Beau loves his cousin like a brother, so the last thing he wants to do is make a move on Sawyer’s girl. Ashton is off-limits, absolutely. That’s why he does his best to keep his distance, even though he’s been in love with her forever. When Ashton wants to rekindle their childhood friendship in Sawyer’s absence, Beau knows he should say no.

Ashton and Beau don’t want to hurt Sawyer. But the more they try to stay away from each other, the more intense their urges become. It’s getting way too hard to resist….

The sequel to The Vincent Boys, The Vincent Brothers will be released December 18, 2012. The eBook is already out!!! About the Abbi Glines

Abbi Glines can be found hanging out with rockstars, taking out her yacht on weekends for a party cruise, sky diving, or surfing in Maui. Okay maybe she needs to keep her imagination focused on her writing only. In the real world, Abbi can be found hauling kids (several who seem to show up that don’t belong to her) to all their social events, hiding under the covers with her MacBook in hopes her husband won’t catch her watching Buffy on Netflix again, and sneaking off to Barnes and Noble to spend hours lost in the yummy goodness of books.

Finished with The Vincent Brothers? Check out the Sea Breeze eBooks from Abbi Glines! BECAUSE OF LOW | WHILE IT LASTS | JUST FOR NOW

All prizing provided by Simon & Schuster

Open to US addresses only – please enter via the Rafflecopter below

… and now, I am excited to hear about the TV/Movie boy that broke your heart??(and believe me I had many more boys  in my mind, but … this would have made this post epically long!!!) 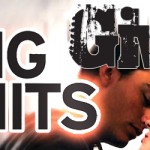 « In My Mailbox – Danny is crazy for Books Edition
Review: Beautiful Redemption by Kami Garcia and Margaret Stohl »

48 Responses to “A November To Remember – The Vincent Boys Blog Tour!”