Wake by Amanda Hockings  on goodreads:

Gemma seems to have it all—she’s carefree, pretty, and falling in love with Alex, the boy next door. He’s always been just a friend, but this summer they’ve taken their relationship to the next level, and now there’s no going back. Then one night, Gemma’s ordinary life changes forever. She’s taking a late night swim under the stars when she finds Penn, Lexi and Thea partying on the cove. They invite her to join them, and the next morning she wakes up on the beach feeling groggy and sick, knowing something is different.

Suddenly Gemma is stronger, faster, and more beautiful than ever. But her new powers come with a terrifying price. And as she uncovers the truth, she’s is forced to choose between staying with those she loves—or entering a new world brimming with dark hungers and unimaginable secrets.

Highly anticipated, Wake was a book all of us wanted to read! Heather is a long time fan of Amanda Hockings, so all us were super excited to get a copy at BEA. To make it more fun, we decided to do our review again a little different…

What drew you in when you first heard about this series?

Danny: Seriously? The cover is super gorgeous! I know, I’m lame – but I love the cover! But, I also just love a paranormal story with a mysterious secret!

Heather: I’ve been a fan of Amanda Hocking’s since her Indie days, so I knew that I wanted to check out her first book as a traditionally published author.

Pushy: Heather, you loved Amanda’s Trylle series so much, and I’ve been wanting to read a mermaid story (there are some really good ones out there now) that when the chance came up I snapped it up!

As the book is told from both Harper’s and Gemma’s POV, how do you feel about the dual narration?

Danny: Actually, I was a little confused in the beginning having no idea who is the main character,  Harper or Gemma. It also took away a little the attention from one girl as the narration was nearly equally split. Jumping to the ending, I think it now makes sense to have both POV for the future books. But in WAKE it left me a little confused…

Heather: Having the POVs split between the two girls didn’t bother me in the slightest. You got to see so much more of the story and a much broader idea of the town than I think you would have seen if the POV was limited to Gemma.

Pushy: Listening to it, I found the transition totally fine.  I liked Harper’s view point, even if she was somewhat overbearing at times.  But, and this is totally about the audio version over the book, I didn’t agree with the tone the narrator used all the time for Harper.  She made her comments come out kind of whiny whereas I imagined them more hard-assed, motherly.  But as the drama progressed, it was fascinating to see Gemma through Harper’s eyes.

Although sisters, they are both very different from each other. How did you like the girls?

Danny: Oh yes, they are both super different! I loved Gemma! She was young, carefree and sweet. Her voice was always the one I loved reading/listening to most. She truly drove the story. I loved her bravery. Harper being the older sister was used to play Gemma’s “mother.” I guess this is also my major concern with Harper. She sounded too old for her 18 years and even though I understand why she had to grow up so fast, it always irked me not seeing her more careless.

Heather: While this was very true, Danny, the sisters were more alike than they’d care to admit. Both were very driven. Gemma was very single minded with her swimming, and Harper was fanatical with her studying to earn scholarships for college–almost maniacal with her no distractions or boys before college policy.

Pushy: Harper really was such a over-protective, mommy-figure wasn’t she?!  But I loved that about her.  I have a MUCH younger sister and while we didn’t have this sort of relationship, primarily because we had a mother around to play that role, I could totally see how in the absence of a mother their relationship would progress.  And you could totally tell it was all out of love.  They may not see eye to eye on everything, but Gemma and Harper do love one another, that’s clear!

Danny: YES, let’s talk swoon worthy boys! We have two boys here, one for each sister. Alex is the geeky boy who falls for Gemma and Daniel is the somewhat badboy for Harper. So, Team Alex or Daniel girls?

Heather: Team Daniel all the way. Tattooed,hot,  lives on a boat, mysterious, but sweet and generous as can be–definitely my kind of guy. You just have to overlook the slacker and no real job thing…

Pushy: How is this even a question?  Don’t tell me you’re not swooning over Daniel!  He’s SO FLIPPING HOT and so the yin to Harper’s yang.  I’m DEFINITELY looking forward to more sweet, sweet, Daniel action!!!  *fans self*

Although the paranormal aspect is hinted, it was still mysterious… Did you like how the Siren Lore is played out?

Danny: Oh I actually loved the lore Amanda Hocking’s created! I loved finding out more and with each revealed secret I became more fascinated. Especially the ending left me with a lot of excitement as I didn’t expect the cruelty and turn of events!

Heather: The ancient lore that was woven into this story was obviously researched, and it wasn’t over the top, which made it more enjoyable to read. I really liked that these Sirens aren’t sweet and nice, and they’re certainly playing dirty. And that made this book that much more enjoyable for me. I’m looking forward to seeing how things shake out in the next book.

Pushy: You guys hit this one on the head!  I loved what we learned (and am I the only on who flashed back to The Lost Boys when Gemma was in the cave with the sirens, drinking from the flask?) and I can’t wait to find out more.  Penn’s clearly not giving Gemma all the facts, even at the end, so again, bring on book 2!!!

Get your own audiobook at Audible: Wake by Amanda Hocking (unabridged, 7hrs 49min)

The audiobook version of this was fantastic.  While, as I mentioned above, I thought the narrator made Harper a bit whinier than I would have read her in my head, she did a superb job with all the other characters, particularly the sirens (LOVED her Lexi!!!!) and Daniel *swoon*
If you’re a fan of audiobooks, this should go on your to download list!

Myth and mystery combine to make this first in the Watersong series an awesome read!

And we have an amazing and outstanding Giveaway for you!!! Heather went to a signing and she got an ARC signed and  a Hardcover signed! She’s amazing huh? And the people from St. Martins/Macmillan Audio are offering an audiobook Giveaway!
So, we have 3 copies for you to win!
Just enter the Rafflecopter below! US/Can only!
Much Love, 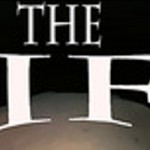 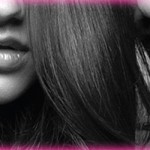 Waiting on Wednesday – True by Erin McCarthy
Review – The Pace

55 Responses to “Wake by Amanda Hocking – A Bookworms Review”