PARADOX is book two in the Travelers Series.

Warning: Minor Spoilers for Parallel, book one in the Travelers Series

Parallel, the first book in the Travelers series by Claudia Lefeve, introduced me to the wonderful world of time travel in a mostly modern day setting with a set of believable, realistic characters that you grew to care about over the course of the book. You can check out my review of Parallel here.

Paradox picks up right where book one left off, with Etta having learned that Cooper was actually tasked with bringing her to her original reality after her father stashed her in a different one for safe-keeping. And what do you know, what crafty spitfire sent her husband Cooper to talk Etta into leaving the reality where she was an orphan?  Alternate reality Etta, who is the leader of the uprising, and who also has a team of bad-ass renegades that needs to be assembled like the Justice League so they can begin training for the future assault against her father’s high-ranking government ex-buddy who wants to take over the world.

Etta is learning to use her telekinetic powers more in this book, and while she’s a natural, it does take hard work. She still has to cope with going to school and navigating a strange place that she’s only known for a few weeks, but she’s remaining strong. Of course she has a lot of help from her ever supportive aunt, and having a father around for the first time that she remembers is strange, but it’s Cooper that helps her cope in ways that no one else can.

Ah, Cooper. How strange is it that Etta is traipsing across the country with someone that she’s not only falling in love with, but that she knows she marries in the future? Of course he won’t tell her any of the details of their relationship, and he’s actually the alternate reality Etta’s husband–but the tension between these two is just killer. Etta is a teenager, she knows what she wants–it’s sitting right next to her for most of the book–but she can’t touch. It’s enough to drive anyone crazy.

The character development in this book is great. Etta is really growing into her own–not only is she not the typical whiny teenager often present in so many YA books, she knows that she will have a heavy burden of being a leader in the near future. And she carries that load with grace and anticipation. The new characters introduced as part of her team were fun, distinct, and brought their own unique set of skills to the story. I can’t wait to read the next book to see each of them more fleshed out.

I give Paradox a 4.5 out of 5. It’s really enjoyable to see Etta and Cooper assemble their team and fighting their attraction to each other, all while navigating the tricky landscape that is time travel and the politics that come with the different realities. The unfulfilled tension between Etta and Cooper is the only thing that’s holding me back from giving this one a straight up five, and I can’t wait for Etta to meet her Cooper in book three. And thankfully  I won’t have to wait long since Paradigm will be out very soon.

If you haven’t started this series yet, what are you waiting for? You can download the first book, Parallel, from Amazon for free.

And now for the giveaway. Just enter the Rafflecopter below for your chance to win an e-copy of books 1 and 2 in the Travelers series–open Internationally. And Claudia Lefeve has also generously given us a signed paper copy of both Parallel and Paradox for one lucky person to win–open to US residents only for shipping. 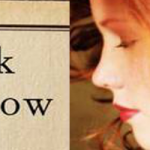 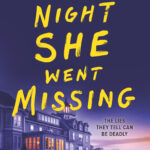 13 Responses to “Review and Giveaway – Paradox by Claudia Lefeve”