Schuyler Van Alen’s blood legacy has just been called into question–is the young vampire in fact a Blue Blood, or is it the sinister Silver Blood that runs through her veins? As controversy swirls, Schuyler is left stranded in the Force household, trapped under the same roof as her cunning nemesis, Mimi Force, and her forbidden crush, Jack Force.

When one of the Gates of Hell is breached by Silver Bloods in Rio de Janeiro, however, the Blue Bloods will need Schuyler on their side. The stakes are high; the battle is bloody; and through it all, Carnavale rages on. And in the end, one vampire’s secret identity will be exposed in a revelation that shocks everyone.[/box]

At the end of book two in the Blue Bloods series (click for my reviews of Blue Bloods and Masquerade), Schuyler has been forced to live with Charles Force instead of her Grandfather since he filed paperwork to adopt her after her grandmother completed her lifecycle. Now she has to live inside the same walls as her secret love Jack while his twin Mimi does everything she can to make Schuyler’s life as miserable as possible. In the last book, Masquerade, Jack and Schuyler were growing closer and Mimi couldn’t stand it, so she’s forcing her hand by planning the bonding ceremony that will join her and Jack together irrevocably whether he loves Schuyler or not. Jack and Schuyler resort to meeting in a secret apartment that doesn’t remain secret for long with a determined bond twin who is hellbent on getting her bond mate back on their trail.

Meanwhile, Schuyler’s best friend/Conduit Oliver is having a bit of a crisis of his own. He’s been in love with Schuyler and now he needs to decide if he will become her familiar, even though it is against the rules. And becoming her familiar and letting her drink his blood will permanently bond him to Schuyler–and make it impossible for him to love anyone else for the rest of his life.

Bliss is a large part of this book and she’s still longing for Dylan. But when he returns and she helps him go into a rehab for Silver Blood contamination, her worsening black outs threaten to take down everyone around her. There is definitely more going on around her than meets the eye.

While the love triangles–or love rectangle is probably more appropriate– between Schuyler, Jack, Oliver, and Mimi is a large part of the book, the main focus of Revelations is the mystery of who is harboring the Silver Bloods and why are they attacking the Blue Bloods. Schuyler’s Grandfather Lawrence Van Alen travels to Brazil to check on a very important gate that is housed there. But when the Conclave doesn’t here from Lawrence, they decide to travel there to check on him. Schuyler decides to travel to Brazil too since she hasn’t heard from her Grandfather in a long time, and she’s grown worried. Luckily, Oliver has trailed her to Brazil even though he’d finally asked her to choose between him and Jack. And a disastrous bloodbath ensues, leaving Schuyler questioning who she can trust.

I give this one a five. This book was fast paced and well plotted, the POV switching wasn’t as jarring as in the previous books. The action really picked up in the last third of the book, making it hard to put down. Definitely my favorite book in this series so far. 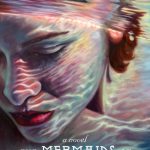 One Response to “Review: Revelations by Melissa de la Cruz”