A Great and Terrible Beauty
by Libba Bray
Published: December 9, 2003
Links: IndieBound
(support an independent bookseller near YOU!)
Amazon, Barnes & Noble
(available as Kindle/Nook and Audio editions)
Audiobook borrowed from the library

A Victorian boarding school story, a Gothic mansion mystery, a gossipy romp about a clique of girlfriends, and a dark other-worldly fantasy–jumble them all together and you have this complicated and unusual first novel.

Sixteen-year-old Gemma has had an unconventional upbringing in India, until the day she foresees her mother’s death in a black, swirling vision that turns out to be true. Sent back to England, she is enrolled at Spence, a girls’ academy with a mysterious burned-out East Wing. There Gemma is snubbed by powerful Felicity, beautiful Pippa, and even her own dumpy roommate Ann, until she blackmails herself and Ann into the treacherous clique. Gemma is distressed to find that she has been followed from India by Kartik, a beautiful young man who warns her to fight off the visions. Nevertheless, they continue, and one night she is led by a child-spirit to find a diary that reveals the secrets of a mystical Order. The clique soon finds a way to accompany Gemma to the other-world realms of her visions “for a bit of fun” and to taste the power they will never have as Victorian wives, but they discover that the delights of the realms are overwhelmed by a menace they cannot control. Gemma is left with the knowledge that her role as the link between worlds leaves her with a mission to seek out the “others” and rebuild the Order. A Great and Terrible Beauty is an impressive first book in what should prove to be a fascinating trilogy.

Review
What an AMAZING BOOK!!!!

When I first picked up this series, I did so because I love Libba Bray’s writing (see my review of Going Bovine) and I’m a fan of the historical era these books are set in (late 19th/early 20th century).

I am SO SO SO happy I did. A Great and Terrible Beauty is one of those books that will hook you and stay with you long after you’ve put it down.

Gemma Doyle starts off as the kind of teenager most adults tolerate with hopes of them growing up…and quickly. She was (IMHO) a little rude and a little whiny. But the loss of her mother in the first few pages of the book shocks her out of her complacent, self-centered world and fast. It also sends her back to England, to her mother’s old finishing school where a strange fire occurred years ago and where mystery awaits Gemma.

What I really loved about this book was the descriptions. Libba Bray is a master at bringing the reader fully into the story and making everything about it, from the scenery to the characters to the drama that drives the story along so incredibly immediate. And I fell in love with all the girls in this book, from snarky, bullying but fiercely loyal and brave Felicity, to downtrodden but still somehow hopeful Ann to the beautiful but emotionally fragile Pippa. And I loved how the big bad in this story snuck up on me!

Bottom Line
This is truly a must read in my opinion. Especially since it’s a completed series. Go pick it up now!!!

Final Notes
I had the immense pleasure of meeting Ms. Bray on tour a few months ago and I have to say, if I didn’t already adore her writing before meeting her, I surely would have afterwards. She’s the kind of author who not only makes it easy to connect to her characters but is so accessible and down-right sweet that she’s like meeting an old friend. Throw in her tour talk Mad libs and she’s just the best thing since sliced bread in my book!

So stay tuned, dear reader! I’ll be back with my thoughts on the rest of the books in this series over the next week. 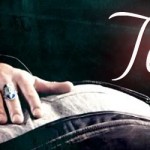 Discussed! by Danny – The Allure of The Paranormal
Review: Night Huntress Series
Review: The Forest of Hands and Teethand The Dead-Tossed Waves

« Book Birthday Shout Out {20}
Book and Audiobook Review: Shut Out by Kody Keplinger »

One Response to “Review: A Great and Terrible Beauty by Libba Bray”