His vampire girlfriend might have brought him back to life, but he’s never felt more out of control. There’s a darkness within him, something taking over…changing him. Worse, because he was meant to die, death now stalks him at every turn. Any day could be his last.
Once upon a time, the three souls trapped inside his head could have helped him. He could have protected himself. But as the darkness grows stronger, the souls grow weaker—just like his girlfriend. The more vampire Aden becomes, the more human Victoria becomes, until everything they know and love is threatened.

Life couldn’t get any worse. Could it?

Warning note: this is the 3rd book in a series… of course, it would spoil you if you haven’t read the other books yet. You can scroll down and find the links to the previous book I reviewed ..

Please shoot me now, I seriously thought that this is the last one in this series!!! So when I started I was excited to hear how it would be end and how it all would com to anend… But when I came to the last 100 pages I was getting worried that she could not leave me like this and how the heck the story could end in only 100 pages..

When I read the last page I knew it… and I was relieved and angry at the same time. Relieved because I get more story and that I can spend more time with Aden, Vic, Mary Ann and.. *sigh* Riley. And of course angry because I thought it would all come to an end…

Twisted starts right after what happened at the end of the last book and It was a bit disturbing, very dark and twisted. It took me some time to get hold on what it’s going on right now and I’m still slightly confused but it was nonetheless important for what happens afterwards..

Aden has changed. Very much so and I LOVE this new an improved Aden so sooo much! He’s becoming the king of Vampires he was always intended to be and he’s now a darker and stronger version of himself. Sometimes blinded and detached from himself but still Aden …. And I love him so so much more now .. ( and I DID love him already right from the beginning )

Whatever happens to Aden also happens to Victoria in a reverse way. I was never a fan of her, I didn’t like her at all I have to admit, now seeing her changing I finally begin to like her. She’s more human and looses her coldness and strange attitude. She’s so protective of Aden that I now cannot help but like her and see finally what Aden saw in her right from the beginning..

My all time favorite of the series is … Riley!

But my favorite couple is Mary Ann and Riley! In the last book Mary Ann run away from Riley to protect him from her and Riley was – to say it mildy – pissed about this! But although she leaves she cannot help herself and researches Aden’s past, she loves him like a brother and would do anything to help him. Which is why she teamed up with … (no I won’t tell, but it’s a very surprising twist)
But Riley wouldn’t be Riley if he wouldn’t come for her and this is what I love most about him. He’s the male alpha wolf that is very protective and very possessive and ..gosh he’s hot!!!!! But their relation is insecure, they both don’t know how to be together although there are so many sparks between them…..

Rich and full of twist turns and surprises!

I love the dynamic between those two couples and I think the characters are my most fav part of this series. But also the world building and the plotline is absolutely captivating!! Very rich and full of twists, turns and surprises. The end however is horrible and left me hanging and crying out in frustration!

If you haven’t start the series yet, please do so – I LOVE it! the first book was brilliant, the second was good and now the third again brilliant! I love you Gena Showalter for giving me Aden, Vic, Mary Ann and… Riley!!! More please!

The story is very action packed and never never boring, the story has a great pace and leaves you on edge the whole time. And.. many things will happen that will leave you angry and crying in frustration.

Random Notes and Additional Info:
Just as stupid me figured out while reading book 3, the last an final book 4 will be coming out next year. The first one was awesome and I loved it very very much, the second was good and the third was again freaking awesome. So, you truly should consider start reading the series – it’s awesome!
You can check my previous reviews here: Intertwined Book I and Unraveled Book II Oh and for the audiobook lovers among us, they are even available as audiobooks… 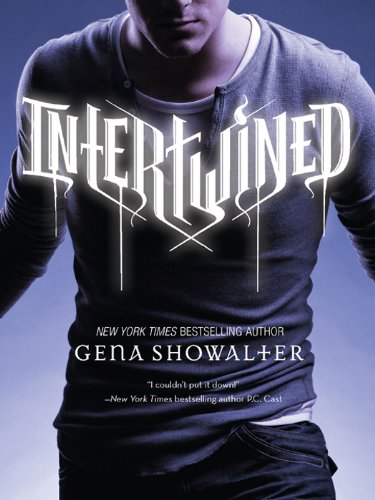 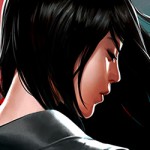 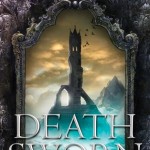 Waiting on Wednesday – Death Sworn by Leah Cypess
Review: The Five People You Meet in Heaven by Mitch Albom

3 Responses to “Book Review: Twisted by Gena Showalter (Book 3 in the Intertwined series)”