(Hardcover and audiobook)
synopsis from goodreads

Would you risk it all to change your destiny?

The last thing 17-year old Kelsey Hayes thought she’d be doing this summer was trying to break a 300-year-old Indian curse. With a mysterious white tiger named Ren. Halfway around the world. But that’s exactly what happened. Face-to-face with dark forces, spellbinding magic, and mystical worlds where nothing is what it seems, Kelsey risks everything to piece together an ancient prophecy that could break the curse forever.

Tiger’s Curse is the exciting first volume in an epic fantasy-romance that will leave you breathless and yearning for more.

This is the magic story of Kelsey and prince Ren who is cursed to be a white tiger since many many centuries. This story is epic, it is fantastic and it is magical. I loved this unique idea and I found it refreshing after reading many books about Angels, Vampires and dystopian topics. Don’t get me wrong I love all those genres but finding something unique is wonderful!

This is Indiana Jones for YA and with way more love and heartbreak. Kelsey goes on a journey to brake an ancient curse and rescue the white tiger Ren. Can I pleeassse have my own tiger??? Pretty please?
Ren was AWESOME, I Love this boy/man/prince/tiger so so much. Strong and born to be a leader of a country he still is a boy in some moments which makes me oh so more sweet.

Kelsey… I loved her for the first part of the book. I think she was strong and lovely and I liked her. But … in the second half she absolutely annoyed me. I’m so sorry to say this, but it’s true.. I don’t want to give away too much, but I think she totally overreacted and yes I also didn’t believe it. Her behaviour and reactions in the second part didn’t feel genuine and real to me, I couldn’t relate to her anymore. No one is that self less… She just was way to selfless and tried way too hard to protect herself. I get why she did that, but still…

But in the end I loved this magic story that totally reminded me of Indiana Jones adventures which I always loved.. I’m excited to read the next one too.

Tiger’s Curse by Colleen Houck
UNABRIDGED
Narrated by Annika Boras , Sanjiv Jahveri
Length: 15 hrs 45 mins.
This is my first audiobook narrated by Annika Boras and I think she did a pretty good job also with the Indian accent. The audio was really long and although the book itself is big I think it could have narrated a bit faster. Also, don’t let you fool by the double narration mentioned. Sanjiv only narrated the prologue and the epilogue. It was a pleasant narration and considering that there is no Kindle version I will definitely go again with the audio. 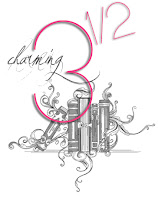 Random Notes and additional information:
The most awesomne thing is that this series will be released in a short amount of time. The second book ” Tiger’s Quest” was released in June and the third
“Tiger’s Voyage” comes out November! I loove when they release a series so fast!!!

and… last but not least, let’s share the Book Trailer, I love those animated trailers!

Much love my friends,
and I seriously want my own Tiger!!!!! 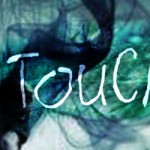