Payback is paradise in this start to a trilogy from New York Times bestselling author Jenny Han and Siobhan Vivian.

Burn for Burn was one of those books that I’d heard the authors speak about at several events during BEA this year, with Jenny Han stopping by our table at the Book Blogger Convention and Siobhan Vivian speaking on a panel at the YA event that we attended one night at a library. They were able to pique my interest, so I made sure to line up in the signing line for an ARC of this book. And I am glad that I got a chance to get this in New York.

This book is told up close and personal in first person point of view, alternating between the three main characters. Kat was once best friends with both Lillia and Rennie–until Rennie decided that there was no more room for Kat. Still reeling from her mother’s death a few years earlier, Kat has hardened and is dealing with life by being one tough chick that is rough around the edges. She’s been able to brush off popular girl Rennie’s barbs and rumors until she just can’t take them anymore on the first day of senior year, and then she snaps.

Lillia lives a rich life of privilege–expensive clothes, popularity, a doting little sister, best friends Rennie. But when something happens to her at a drunken party, she’s changed forever. When she thinks her sister is going down the same path–with her friend Alex no less–Lillia vows to step in and prevent the same things from happening. Mary left Jar Island four years earlier after being bullied mercilessly, but now she’s returned to take back her life.

Burn for Burn pairs three girls together who seemingly have nothing in common, except for the need for revenge on the people who have wronged them. Kat wants to get back at her ex-best friend Rennie for making her life a living hell. Lillia wants to make Alex stay away from her little sister, and Mary wants to show her bully that she’s still standing. The three girls scheme, destroy property, drug, and defame people to get revenge on their first target throughout half of this book.

The characters in Burn for Burn had realistic, distinct, and interesting voices. Kat was rough and tumble while Lillia was delicate and reserved, and Mary was somber, withdrawn and completely self-conscious. As each of their backstories and motivations for revenge were revealed, you could imagine their unique histories and situations. The contemporary aspects of this book were spot on, which brings me to what didn’t fit in–the supernatural elements. Towards the last third or so of the book, weird things centered around one character start to happen, but they stuck out so much in contrast with the contemporary writing of the book. It just made these things jarring and stick out that much more. Hopefully this won’t be so blatantly out of place in book two.

When I read this, I didn’t realize that it wasn’t a standalone book and is actually book one of a trilogy. The ending is very abrupt, and the cliffhanger is severe. I’m not sure if it’s just because I have an ARC and maybe things have changed in the final version of the book. There are a lot of questions left unanswered, and some things could have been wrapped up to at least have a bit more of a satisfying ending to book one.

I give Burn for Burn a 3.5 out of 5. It was an entertaining contemporary read with paranormal aspects that unfortunately stick out more than they should have. Three girls are hell-bent on getting revenge, and luckily for us (unluckily for them) things don’t go so smoothly in their quest. They go too far with some of their plans, and they haven’t even really started in on Mary and Kat’s targets yet.  I’m looking forward to book two in this series. 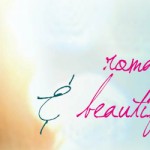 « In My Mailbox – Pushy’s In The House
And The Winner of the Sweet Hope Contest is…. »

14 Responses to “Review: Burn for Burn by Jenny Han and Siobhan Vivian”