Since two books I both loved came out today I decided to post both reviews today. Normally, they would each deserve an extra post, but… since we are giving away both books today, I simply had to share the love! Also, I read both books while I was in Thailand and, I read them both right after each other. So yeah, you’re getting two reviews today!

by Paige Harbison
Genre: YA contemporary, mystery
Publication: January 31st 2012 by HarlequinTeen
copy received from publisher
Get your own copy: amazon (Paperback, Kindle)

They call me ‘New Girl’…

Ever since I arrived at exclusive, prestigious Manderly Academy, that’s who I am. New girl. Unknown. But not unnoticed—because of her.

Becca Normandy—that’s the name on everyone’s lips. The girl whose picture I see everywhere. The girl I can’t compare to. I mean, her going missing is the only reason a spot opened up for me at the academy. And everyone stares at me like it’s my fault.

Except for Max Holloway—the boy whose name shouldn’t be spoken. At least, not by me. Everyone thinks of him as Becca’s boyfriend but she’s gone, and here I am, replacing her. I wish it were that easy. Sometimes, when I think of Max, I can imagine how Becca’s life was so much better than mine could ever be.

And maybe she’s still out there, waiting to take it back.

I was first and foremost intrigued by the cover, I love the color and the water theme – it was mysterious yet inviting! This was my first book by Paige Harbison and now, I want to read more of her!

This is the story of New Girl, who always dreamed of attending a boarding school ever since she read Harry Potter. I found this reference adorable by the way. However, she never expected it to be … that hard! She got the place at Manderly Academy simply because the New Girl from last year, Becca disappeared by the end of the year. But… no ones knows where she is and what happened. We follow both girls during one school year in alternating POV’s, but of course, Becca’s POV tells the story a year before. Do I make sense? I loved getting to know both girls and I love the building suspense the closer we got to the point where Becca dissapered.

Becca was nothing what you’d expect from the outside. When we first hear about Becca we have a picture of her, but the more the story envolves the deeper we get into her head. New Girl on the other side has it really hard being forced by the other kids to fill the loss of Becca, which makes her kind of invisible. No one really cares about her, which is really sad and cruel. But, kids can be cruel!

It was most definitely an emotional ride for both Becca and New Girl. Both had to find their place among the kids, maybe even finding a place in the world. While Becca was always in the middle of everything, New Girl was mostly forced in a place where she didn’t really wanted to be and I felt so sad for her the whole time… The mystery behind Becca’s disappearance kept me on edge the whole time and we were slowly approaching the climax. When talking about emotions, I should mention the romance part, which was nice and sometimes there was a lot of sexual tension. However, Max the love interest was not always such a nice boy and often I simply didn’t like him.

This was a phenomenal book about growing up, finding your place in the world and about figuring out who you want to be. The storytelling where we could follow both girls during one school year just one year apart was compelling and added to great level of suspense. Seriously, the book was fantastic! I truly didn’t do it justice with my review, so please head over to Heather from Burried in Books who wrote an incredible review!

by Jodi Meadows
Book I in the New Soul series
Genre: YA paranormal (?)
publication: January 31st 2012 by Katherine Tegen
copy received from publisher
Get Your Own: amazon (Hardcover, Kindle, Audiobook)

NEWSOUL
Ana is new. For thousands of years in Range, a million souls have been reincarnated over and over, keeping their memories and experiences from previous lifetimes. When Ana was born, another soul vanished, and no one knows why.

NOSOUL
Even Ana’s own mother thinks she’s a nosoul, an omen of worse things to come, and has kept her away from society. To escape her seclusion and learn whether she’ll be reincarnated, Ana travels to the city of Heart, but its citizens are suspicious and afraid of what her presence means. When dragons and sylph attack the city, is Ana to blame?

HEART
Sam believes Ana’s new soul is good and worthwhile. When he stands up for her, their relationship blooms. But can he love someone who may live only once, and will Ana’s enemies—human and creature alike—let them be together? Ana needs to uncover the mistake that gave her someone else’s life, but will her quest threaten the peace of Heart and destroy the promise of reincarnation for all?

The most awesome thing for me about Incarnate is the world Jodi Meadows created. Absolutely new, unique and different from anything else I read before. There are a million souls in this world and always the same souls are reborn with all their memories. Meaning all those million souls went through everything humankind just knows from textbooks. Learning how to develop language? Learn how to craft things? Learn about society? Lean about technology? This idea is so incredibly fascinating! Imagine how it would be if you would have memories from all your life ever since the beginning of time? How does this change you, shape you?

And… then imagine how it would be born into this world full of souls that know themselves and everything since the beginning of time, yet you are brand new? You have to learn everything from scratch, you don’t know anybody? You are the freak and the baby among those old souls. This is how Ana feels…

Ana was a wonderful strong but also so vulnerable character. Hated by her “mother” yet determined to find her place in the world where it seems like no one really wants her. But. Ana doesn’t give up and fights for it! Admirable!

Sam was a beautiful character. So deep, vulnerable yet strong at the same time. He’s an old soul without any pre justices against Ana. He’s not like the others – he’s the artist who sees the beauty in something new like Ana. As much as I loved Sam I felt he was lacking a little and I can’t even put a finger on the exact reason why I felt that way. He was too nice, to sensible and too less edgy.

Incarnate is a beautiful story about a girl that has to find a place in a world where it seems like she doesn’t belong and it seems like she’s unwanted. It is also a story about love ,  that love can be found everywhere and that age doesn’t matter… The most incredible aspect about this story however is the unique and phenomenal and so unique world. I, never read a story like this before. 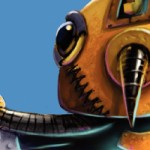