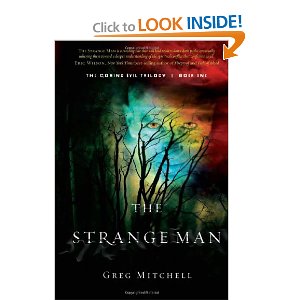 Dras Weldon lives in a world of horror movies and comic books. Twenty-two and unemployed, he is content to hide in the shadow of adolescence with a faith that he professes but rarely puts into action.

But when a demonic stranger arrives and begins threatening his friends, Dras is drawn into a battle that forces him to choose which side he is on. In a race against the clock, he must not only fight these evil forces but also somehow convince his best friend, Rosalyn, to join him–before she is lost forever.

Engaging and darkly humorous, The Strange Man is the first act of a trilogy that depicts a world where monsters are real and simple men and women must overcome their doubts and fears in order to stand against the unspeakable creatures of the night.

My Thoughts:﻿
I won this signed copy on Goodreads and this book can be best described as a Christian horror novel. The town of Greensboro has held an ancient evil at bay for many years, but the townsfolk’s lack of faith has allowed the demonic Strange Man to once again break free of his confines and walk amongst the unknowing humans. Dras Weldon  has two preachers in his family: his ill father and his older brother, but this hasn’t kept him from going down his own path away from the church while living out his own slacker lifestyle. When the ancient evil sets its eyes on Dras’ best friend Rosalyn, he must decide which path to take to save her.
The Strange Man is fast paced and surprisingly humorous in parts while giving a clear glimpse at small town life where the town is clearly past it’s prime. The story is very straight forward and the cast of characters is numerous but not hard to follow. The settings are creepy and the horror elements are perfect. The dialog is realistic and each character has a different voice.
I give this one a four. The Strange Man is an entertaining good vs evil horror novel that will keep you turning the pages to see what happens next.  While this book is the first of a trilogy, the ending is not neat and tidy and it ends pretty abruptly. This is definitely not a stand alone book. 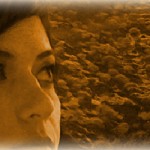 2 Responses to “The Strange Man by Greg Mitchell”