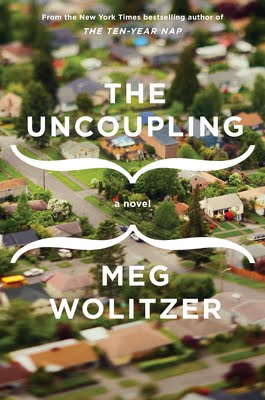 The Uncoupling
by Meg Wolitzer
Published: April 5, 2011
Links: Indiebound
(order from an Independent Bookstore near YOU!)
Amazon (available as Kindle and Audiobook edition)
Book provided by TLC Book Tours in exchange for a fair review
Synopsis from Goodreads

When the elliptical new drama teacher at Stellar Plains High School chooses for the school play Lysistrata-the comedy by Aristophanes in which women stop having sex with men in order to end a war-a strange spell seems to be cast over the school. Or, at least, over the women. One by one throughout the high school community, perfectly healthy, normal women and teenage girls turn away from their husbands and boyfriends in the bedroom, for reasons they don’t really understand. As the women worry over their loss of passion, and the men become by turns unhappy, offended, and above all, confused, both sides are forced to look at their shared history, and at their sexual selves in a new light.

Much like the play this book is influenced by, The Uncoupling has many layers, some of them comic, some of them serious. I must confess to being completely intrigued by the use of the Greek play, Lysistrata, as a device in this book. It was what first attracted me to the book and I was thrilled to see that the author integrated the play into the storyline with a perfect touch, with none of the heavy-handedness that could potentially plague a story of this sort set in the current day, where there are more than enough wars around the world to rail against.

In The Uncoupling everyone in the not-quite sleepy, but definitely not teeming metropolis, Stellar Plains, NJ seems happy, if in a staid sort of way. But when a new drama teacher decides to put on a sexually toned down version of Aristophanes classic comedy something strange is unleashed. Suddenly couples that were rock solid start to fall apart as the desire they had for one another disappears. At least it does for the women.

As the love lives of the inhabitants of Stellar Plains completely unravel, there’s a lot of sadness, as one might imagine, but also a lot of introspection as both men and women try to find a way out of the morass of sadness they find themselves mired in. Although I didn’t particularly identify with any one particular characters, I did feel for all of them. It was especially distressing to read about the main couple, Dory and Robby Lang, as their marriage fell apart.

Overall, this book seems to be a sort of warning against falling “into comfort or indifference or chaos or disrepair”. A warning that the weaver of the spell should have applied to themselves, as they also suffered from the spell, more than they anticipated. Then ending chilled me a bit, with the architect of the destructive spell clearly not changed for their experience. But this book isn’t all sad, and there are definite moments of levity, which I truly appreciated as there was a lot of build up required for this book and not a lot of action.

This is definitely an interesting book, but more of a meditative sort of book rather than one that will suck you into it’s world, which let’s face it, is probably a good thing as I would definitely not want to be sucked into a world where women felt no desire for their lovers. 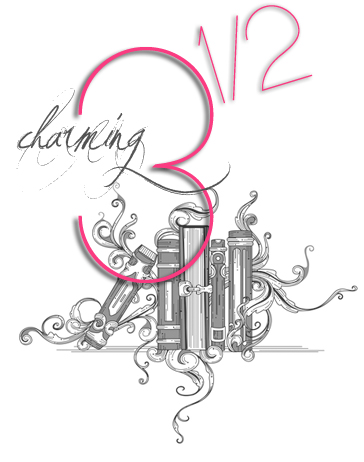 This book is definitely one that you should pick up if you enjoy very well written interpersonal dramas. And Riverhead Books, The Uncoupling‘s publisher, are generously offering you that chance by giving away a copy of this excellent book. Just fill in the form below and let us know if there’s anything you’d give up your desire for your significant other over! The contest is open to U.S. residents only and will go from now until 10pm CST, April 21st. The winner will be announced on Friday, April 22nd, so enter now!

Pushing The Limits Read-A-long -Intro Post – Link up for Participation!
One Hundred Candles (Past Midnight II)