(support an independent bookseller near YOU!)

ARC provided by publisher for a fair and honest review

Blood Rights is the kind of book that sucks you into it’s world and makes you stare around yourself in half-wonder, half-horror. In this first book of what will be a five book series, Kristen Painter builds a world both dark and lovely but so full of possibilities and amazing characters one can’t help but race through the pages.

The story focuses on three main characters. The first is Chrysabelle: a vampire’s comarré, which is a sort of blood geisha, a woman purchased and owned by a vampire for her beauty, social skills, grace and above all, purity of blood. She’s left her owner and is being hunted because her patron has been found dead.

Next is Mal, a tortured vampire: cursed and misanthropic (or would that be misvampiric?). He’s one unhappy undead man.

Finally there’s Tatiana: an egocentric princess of the vampire class who’s blood-lust is only outdone by her power-lust. She’s willing to do anything to get what she wants and unfortunately what she wants most in the world is a ring she things Chyrsabelle has.

Set in a vaguely dystopian future where othernaturals have coexisted next to humans for millennia, these three characters collide as their individual quests force them to do things and trust people that are uncomfortable to say the least.

I loved the way that even though this story is written in the 3rd person, the perspective clearly switches throughout the novel, bringing intriguing insights into not only the glittering othernatural world but into the mindset of a woman bred to exist for no other reason than bleed for her patron and a vampire driven nearly insane with ghosts from his past. I also loved that this is not just a vampire story. This world is filled with all sorts of paranormal creatures: shape-shifting were-animals, demons and sprites, witches and ghosts and the door is clearly open for everything and anything else in between. And is there drama? Politics, sexual tension and FULL ON CRAZY motivate these characters to do insane, enthralling things, moving the pace of the story along at an energetic clip.

Now, I can hear you thinking it….oh, first book in a series? I’ll wait for more to come out before I dive in. BUT WAIT!!!

Yes, this is the first book. And it comes out in October. And the next book? Comes out in November. Yup, one month later. The third book? JUST ONE MONTH AFTER THAT!!!

The fact that Kristen Painter was able to crank out the first 3 books in such short order is an amazing testament to her skills as a storyteller and the urgency in this story itself. It’s as if it’s pouring out of her and onto the page. And she didn’t do it by setting up all these open plot points and questions and leaving the reader hanging with a huge cliff-hanger at the end. Rather, she’s built a world so big, with issues so complex that the first book ends both with the satisfying resolution to the major plot points but those solutions raise new questions that make you itch to read the next book.

So do yourself a favor and pick this book up! You won’t be disappointed!!

Bottom Line
A series you can safely jump into filled with all the urban gothic paranormal romance a person could want and more, Blood Rights is a MUST read this fall 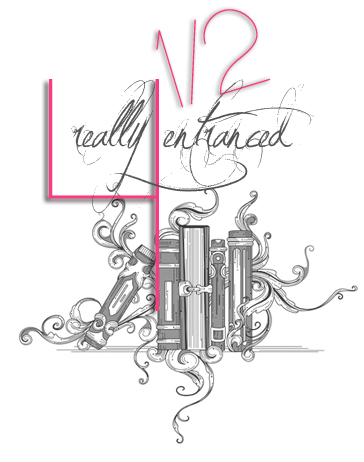 Final Notes
As I said above, this book comes out next month with the next two in the series following hot on its heels. You’ll definitely want to immerse yourself in this world because it’s really something unique!