A weekly meme from the Bewitched Bookworms to celebrate
anxiously awaited new releases and their authors!
I will happily customize the Button you see above with different color schemes,
perfect for matching to your blog!
(You know me by now, I’m a button junkie and I love a button that matches the blog layout
IF I DIE by Rachel Vincent
(HarlequinTeen)
Book 5 in the Soul Screamers series of awesome!

The entire school’s talking about the gorgeous new math teacher, Mr. Beck. Everyone except Kaylee Cavanaugh. After all, Kaylee’s no ordinary high-school junior. She’s a banshee—she screams when someone dies.
But the next scream might be for Kaylee.

Yeah—it’s a shock to her, too. So to distract herself, Kaylee’s going to save every girl in school. Because that hot new teacher is really an incubus who feeds on the desire of unsuspecting students. The only girls immune to his lure are Kaylee and Sabine, her boyfriend’s needy ex-girlfriend. Now the unlikely allies have to get rid of Mr. Beck…before he discovers they aren’t quite human, either.

But Kaylee’s borrowed lifeline is nearing its end. And those who care about her will do anything to save her life.

A resident of San Antonio, Rachel Vincent has a BA in English and an overactive imagination, and consistently finds the latter to be more practical. She shares her workspace with two black cats (Kaci and Nyx) and her # 1 fan. Rachel is older than she looks-seriously-and younger than she feels, but remains convinced that for every day she spends writing, one more day will be added to her lifespan.

A Beautiful Dark by Jocelyn Davies 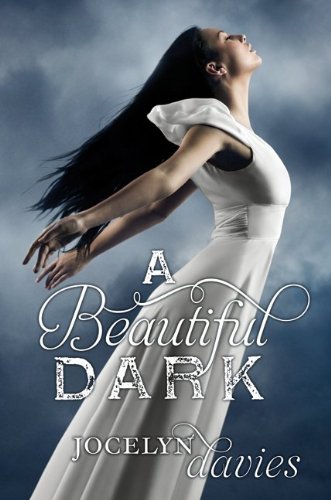 On the night of Skye’s seventeenth birthday, she meets two enigmatic strangers. Complete opposites—like fire and ice—Asher is dark and wild, while Devin is fair and aloof. Their sudden appearance sends Skye’s life into a tailspin. She has no idea what they want, or why they seem to follow her every move—only that their presence coincides with a flurry of strange events. Soon she begins to doubt not just the identity of the two boys, but also the truth about her own past.

In the dead of a bitingly cold Colorado winter, Skye finds herself coming to terms with the impossible secret that threatens to shatter her world. Torn between Asher, who she can’t help falling for, and Devin, who she can’t stay away from, the consequences of Skye’s choice will reach further than the three of them could ever imagine.

Jocelyn Davies edits young adult fiction at a publishing house in New York, a job that has allowed her to cultivate a keen interest in all things angsty, hilarious, and/or unrequited. She is a graduate of Bates College, and lives in an apartment overflowing with books. A BEAUTIFUL DARK is her first novel. Visit her online at www.jocelyndavies.com and follow her on twitter (@jocelyndavies).

Happppyyy Bookbirthday to both books!!!!!
Now, let’s hear it from you? What else comes out today?? « Book Review: A Beautiful Dark by Jocelyn Davies
"Like" Disintegration and A Chance To Win A $10 Book Gift Card »