What if you knew exactly when you would die?

When sixteen-year-old Rhine Ellery is taken by the Gatherers to become a bride, she enters a world of wealth and privilege. Despite her husband Linden’s genuine love for her, and a tenuous trust among her sister wives, Rhine has one purpose: to escape—to find her twin brother and go home.

But Rhine has more to contend with than losing her freedom. Linden’s eccentric father is bent on finding an antidote to the genetic virus that is getting closer to taking his son, even if it means collecting corpses in order to test his experiments. With the help of Gabriel, a servant Rhine is growing dangerously attracted to, Rhine attempts to break free, in the limted time she has left

It hurts having to give such a rating, specially since I know that many people absolutely loved this book. I was torn between 1 and 2….

I even had a hard time finishing the book, I really forced myself to finish because I hoped I would finally get to the point where I start to fall in love with the book. It never happened. I even stopped in between for a few weeks to pick it up again, maybe with a fresh start the book would look better.

The idea was great though and would have been a perfect idea for a great dystopian novel. People are dying young at the age of 21 and 25 because of a genetic disorder. No one has a cure. This truly has an end of time feeling which makes it really cruel.

But with all this horrible feeling: Kids dying so young the world is doomed what I needed most was hope! Hope is what would have driven me more into the story. But, I didn’t feel it, there was no hope.
Dying young has also another consequence, rich man are buying woman in the hope finally to have living children, children that will survive. Rhine is one of them, sold to a rich man with a cruel father. There is a first generation that dies of normal age and he does everything to find a cure.

Apart from the lack of hope I had a hard time connecting with the characters. I never started to care for them at all. Then there is this boy who works at this mansion were Rhine is hold captive to play wife to a stranger and also he lacked deepness. I didn’t fall in love with either of them and in the end even couldn’t care less.

Bottom Line…
Although an intriguing idea and a very dark perspective for our future
the story and the characters didn’t grab me. I couldn’t connect to them and
I couldn’t fall in love. Plus, I wish there would have been more
hope in the book – some light in this truly dark and dysturbing world displayed 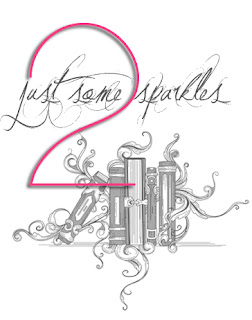 But I know some bloggers absolutely loved this book so if you are not sure and want a second opinion
please visit  Nely @ All About {n} who gave Wither a glowing 5 Star Review.

I wish you all a good start in this week! « One Hundred Candles (Past Midnight II)
And the winners are…. »

25 Responses to “Wither by Lauren DeStefano”