And finally….on with this week’s discussion written by Suzie from I Adore Books & Film!!!!

Still reeling from Lena’s behavior at the lake, Ethan is hurt and confused. As Link and Ethan head back in Lena’s car, Link is amused at driving Lena’s fastback, while Ethan brews over the guy that Lena left with. In Ethan’s heart, something is amiss but he’s just not sure what it is, and he refuses to come to grips that Lena is changing.

The two stop off at the Dar-ee Keen and again, Ethan’s mind is spinning with questions about Lena. Could she really choose to be Light or Dark? Was it that easy? Unnecessary banter from the kids of Jackson High seems to lighten the mood, but like a cheesy western… 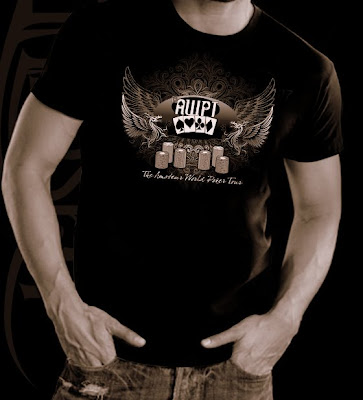 “He was standing in the doorway in a faded black T-shirt,
jeans, and scuffed black army boots.”

Simultaneously, Ethan’s unusual scar on his stomach starts to ache and throb. Though Link questions if this young man is one of Lena’s relatives, Ethan senses otherwise. Behind the young man, strolls in Ridley -skin tight, lacy black tank, black skirt and all.

It is then that Ethan can finally put a name to the face, John Breed, as the mysterious young man introduces himself. There is obvious tension between the two, as Ethan retaliates by making sure to relay to John that he is Lena’s boyfriend.

Strangely the antics continue with Ridley now commenting on how Lena and she have worked things out. Baffled, Ethan listens but is able to put 2 and 2 together. The bike, it’s his. This is who Lena has been running to.

After returning Lena’s car to Ravenwood, Ethan “gets emo” by rummaging through a shoe box of memories. I think this is important because Ethan must remind himself of the Lena that he had come to love, and not the Lena that has been shutting him out. We end the chapter with good-ole Amma placing a red string around Ethan’s wrist-it is a tie to the Otherworld.

It is the first day of summer, and god bless Ethan. He is spending it with Marian in the library working. BUT! As the previous chapter was important for the formal introduction of John, this chapter we meet a young woman; blonde, British and lanky. Olvia Durand, Liv to her friends, Marian’s new summer intern.

It is clear from the beginning, that Liv knows all about Ethan, much to his surprise, but Ethan is still too upset over Lena to really engage back. Desperate to take his mind off her, he remembers why he took the job to begin with: to find more information. But he takes his frustrations out on Marian, knowing that as a Keeper, there is nothing she can do to stop the actions that are set forth. After all, nobody was able to save Ethan’s mom and this bitter memory plagues both Marian and Ethan.

Alone, Ethan holds the book “Darkness and Light: The Origins of Magic”, and suddenly things become chaotic, as Ethan bends down to pick up a gum wrapper that his mother used as a bookmark. The room blurs and he falls dizzily to the ground.

Ethan is having a vision: We see Abraham return to Ravenwood, called by the book. The book seems to be alive, flipping its pages, offering what it knew Abraham wanted. But what would it ask for in exchange? Before him, read the words to a Caste.

Then appears Jonah, desperate to flee and save his brother. But he sees what Abraham is reading. “The Daemonis Pactum-The Deamon’s Trade”.

The two begin to argue and Abraham pushes Jonah back. Determined to save Ravenwood, Abraham calls out the chant. Jonah screams for him to stop, but it is too late. Unfortunately, from Jonah’s pocket rolls a glowing sphere. Picking it up, Abraham questions why Jonah would have an Archlight; a vessel capable of imprisonment. Jonah only wanted to protect Abraham from himself, but in anger, Abraham lunges forward, sinking his teeth into his brother’s shoulder. Abraham has drunken blood and murdered his brother. At the end of the vision, Abraham turns and mutters “Ethan.”

Marian finds Ethan on the floor. As he relays the events that flashed before him, Marian is both concerned and confused. How all this relates to Ethan, is still a mystery to her, but she begs Ethan to speak of this to no one, not even Amma. In the end, Ethan realizes that he is on his own.

It’s back to business, as Ethan is asked to deliver brown packages which hold library selections for people-who-are-too-lazy-for-the-library. Liv is asked to go with Ethan. After finishing their deliveries, Ethan suspects Marian really only wanted him to work at the library so that he could double as a tour guide for Liv.

Both Liv and Ethan decide to stop and eat at Dar-ee Keen, and low and behold, Liv can throw down (the girl can eat).

The two seem to get along and take this opportunity to get to know each other, with Ethan giving Liv some much needed lessons in “how to speak American”. Regardless, it is cute and as a reader you have to wonder if this simple exchange of carefree dialogue-two kids hanging out-will ever be meant for Ethan and Lena. Speaking of…

As the two head out the door, a Fastback makes a u-turn, and skids out of the area.

That night, Ethan lays in bed thinking about all the changes that had taken place. Mentally, he knows he still loves Lena. But Lena is keeping secrets and worst, keeping herself from Ethan. Then the visions… it all means something but Ethan struggles to piece it together.

Looking to grab some fresh air, Ethan sticks his head out his window. Below, at the edge of the porch Boo Radley the dog sits loyally next to Lucille Ball the cat. Ethan falls asleep to the two pets and their quiet conversation.

And we’re off to the fair! Ethan does a nice job of recapping past events; as it is all about “pies and pageants”, as we get an understanding of what it’s like to live in Gatlin. 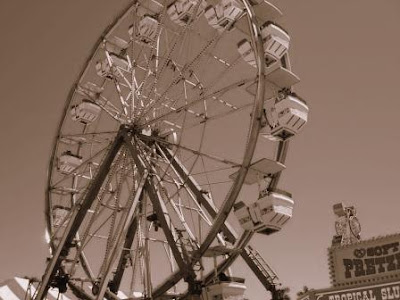 As Amma gets herself situated for the County Fair Pie contest, Ethan stumbles off to find Link. Guess who else he finds? Liv! After introductions are made, and Link pulls his bottom jaw off the ground, mesmerized by Liv’s beauty, we can’t help but sense something is brewing. (Oh don’t act like you didn’t see this one coming).

“Ethan, I’ve been looking for you.” Lena walked toward me, and she sounded like herself, her old self-the Lena I remembered from a few months ago.

But Ethan uses this opportunity to remind Lena where she left him last, alone at the lake. Defensive, she argues back, as if it were no big deal. But the tear that falls from her eye, tells otherwise. She kelts to him that she loves him and then repeats it out loud.

Again, Ethan questions Lena, asking her to confide in him, tell him who John Breed is; explain to him what the hell is going on.

But Lena continues to dodge his questions, and only insists that John is just a friend. Ethan fires back about Ridley and reminds Lena of what her cousin did to him and his family. In the heat of their argument, they kiss each other, eager to allow their passion for one another to drown out the reality that surrounds them. But the kiss becomes unbearable, as fire begins to consume Ethan.

Temporarily, the kiss quelled their altercation but here comes Liv, obliviously to the turmoil. This sends Lena in a jealous rage, and she confesses to Ethan that she always knew this would happen. Like a tornado, she leaves with a wake of turbulence as things fall, break and burst behind her.

Frustrated, Link, Ethan and Liv head to the tent for the pie contest.

A lot seems to be happening in these last chapters, as we formally meet John Breed (and get confirmation that he indeed knows Lena) and Liv Durand, Marian’s summer intern. Then there is the vision. What is made clear is that Abraham in his actions has certainly cursed the family, but eerily, seems to be calling out to Ethan at the end of the vision. For what purpose, is still unknown. But as if Ethan doesn’t have enough on his plate, he collides violently with Lena at the fair. Meeting Liv, Lena leaves like scorned lover.

My question to you all:

Considering that Ridley
tried to have Ethan’s father
jump that fateful night,
do you think Ethan feels
any sort of betrayal from Lena
for allowing Ridley
back into her life?

Thank you, so much, Suzie, for a great review of this week’s chapters and a great question! Leave your answer in a comment below and remember that each answer to this week’s discussion question is an entry into the Beautiful Darkness Book Discussion contest! « Ghost Town, a new book in the Morganville Vampire series
Waiting On Wednesday! »